ZTE Blade A1 gets official with fingerprint sensor, sub-$100 price 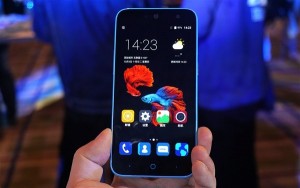 Today ZTE has added a new member to its Blade family of affordably priced smartphones. At an event in China the Blade A1 became official.

This is a small handset that comes packing a fingerprint scanner on its back. It also has a design slightly reminiscent of the iPhone 5c and an incredibly glossy plastic build.

The specs are nothing earth-shattering, then again that’s not the point here. The Blade A1 will cost just CNY 599 (that’s $93 or €85) when it goes on sale on December 11.

Its dimensions are 142 x 70.2 x 8.9 mm. It will be available in Smart White, Vibrant Yellow, Dream Green, Cool Blue, and Space Grey. Because we’ve seen quite a few Blade-series members in certain parts of Europe in the past, the A1 has a chance of making it to places outside of China too.

Source (in Chinese) | Via (in Romanian)