ZTE Axon 9 confirmed to launch on August 30, could be 5G-enabled 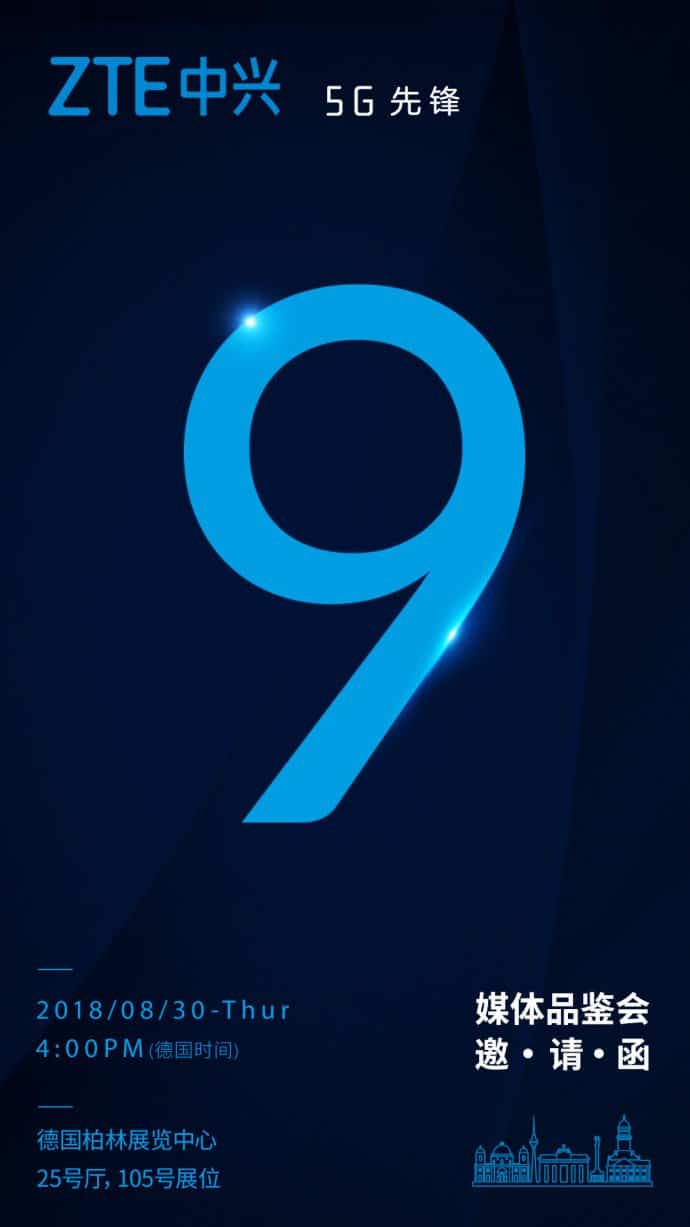 ZTE Axon 7 turned out to be a truly nice premium inexpensive providing in the Chinese company and was well-received by the users globally. Currently, the company is all set to launch its successor as it has managed to purchase the ban lifted which barred it in doing business with US-based companies.

Earlier, the manufacturer had sent out media invites for the IFA 2018 in Berlin in August 31 to 5th September. Presently, the company has sent out formal invites for the Axon 9 launch occasion on August 30 and has also shared the invite of the release through Weibo. The invite has a massive ‘9’ written on it, clearly hinting at the Axon 9.

The image Furthermore mentions 5G, hinting that the cameraphone could be a 5G-enabled device. The smartphone is In addition expected to come with the trendy full-screen show having 18:9 aspect ratio. There’s In addition dual-camera setup on the back, for better imaging capabilities.

Based on the previous information, the Axon 9 is expected to arrive with a 6-inch QHD+ panel and will be powered by Qualcomm‘s flagship Snapdragon 845 processor. It can arrive in 2 variants, one with 4GB RAM and another with 6GB RAM.

As for the internal memory, it’ll start with 64GB onboard memory and will max out at 256GB. The gadget, which is expected to be 5G-enabled, will be operating Android Oreo running system out-of-the-box. Presently, with no much more details are in the world regarding the phone.

Apart from the Axon 9, the company is In addition expected to release a fresh Blade series smartphone at the IFA 2018. To know much more about the devices having released by ZTE at IFA, we’ll have to wait for the formal announcement.