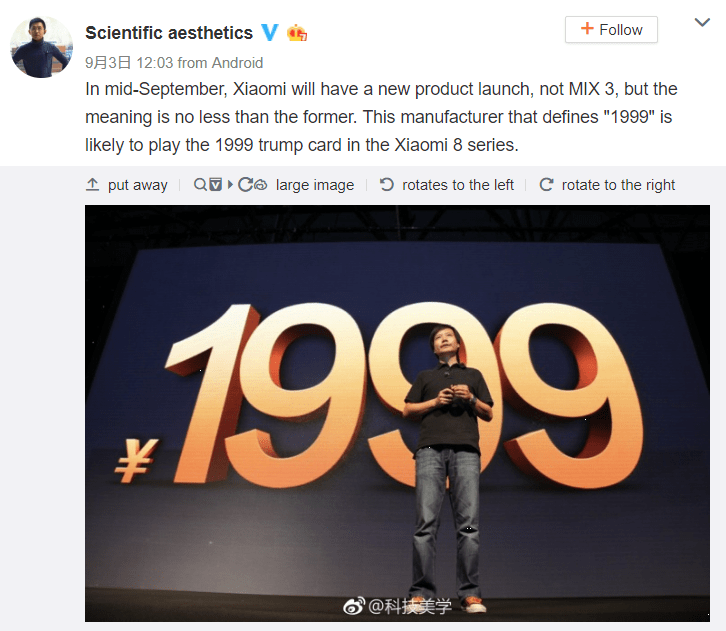 The POCOPHONE F1 could be said to be the king of the flagship killers with its low price and awesome technical specs. However, it looks Xiaomi is preparing to launch an additional low-cost flagship.

The info arrives in a Weibo user who says the gadget will release in mid-September. He adds that the device isn’t the Mi MIX 3 however could be Xiaomi’s return its well known ?1999 pricing which roughly converts to $292/EUR250.

Xiaomi hasn’t unveiled a flagship with a ?1999 price tag in the last couple of years thanks to the increase in the cost of parts. The name of the product is not known however it is expected to be a high-end smartphone. There are guesses it might Quite even be the POCO F1 launching in Xiaomi’s home country however with a lesser price tag.

The POCO F1 has a 6.18” LCD panel with a notch. It is powered by the Sd 845 with up to 8GB of RAM and 256GB of storage. There are dual cameras on the back of the device and a single front-facing scanner even though a 4,000mAh battery powers it.