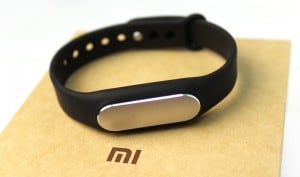 Xiaomi has shown the most growth in the wearables business, growing a full 951% from the year before. It achieved this feat by selling very low priced wearable tech in China. For example, the Mi Band Pulse only costs $13 and capable of continuous heart rate monitoring.

Apple has yet to officially announce an accurate number of Apple Watch units sold, even in its financial reports. The IDC has put out numbers for the year and for the last quarter of 2015 as to who were the best performing wearables companies worldwide by number of units sold.

For Q4 and including the past Holiday Season, Apple placed 2nd in the number of units sold in the quarter with 4.1 million Apple Watches sold worldwide. Fitbit sold the best amount of wearables at 8.1 million in just Q4 and a total of 20 million units for the whole year.

This is Apple’s first fiscal year selling Apple Watches and it has already snagged the top 3 spot worldwide for the entire year. Apple will keep improving more and more, but Xiaomi’s ultra-low price point could potentially slide them to the top of the list in the next couple of years or so.