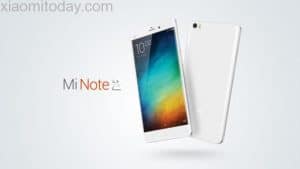 As far as rumors are concerned, it is believed that the Xiaomi Mi5s and Xiaomi Mi Note 2 will be released soon. These devices were earlier rumored to come out in the second half of 2016. But it looks like the Mi Note 2 release date may be in this month itself.

According to a post on Weibo, the Xiaomi Mi Note 2 launch is going to happen on 16th August. It is quite weird for the company to launch two major smartphones at separate events in the same month. But then again, Xiaomi is full of surprises.Apart from the launch date of the Mi Note 2, the post also says that the smartphone will be powered by Snapdragon 821. As of now, the Asus ZenFone 3 Deluxe is the only phone with SD821. LeEco is rumored to be working on a SD821 phone as well. But if the 16th August launch date for the Mi Note 2 is true, then Xiaomi will be the second manufacturer to release a phone with Snapdragon 821.