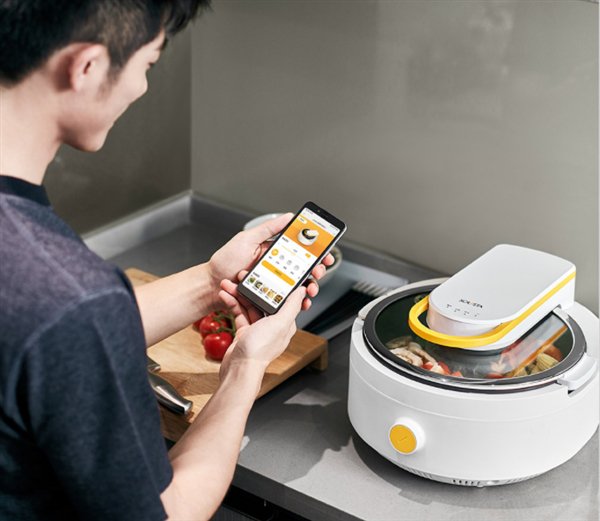 The Solista Solo Smart Cooker is a smart cooker that combines 3 functions in one; a pot, gas stove and range hood. It ships with a maximum power rating of 1600W and has a precision temperature control system what maintains the temperature at the point in which smoke is about to be generated. This ensures that there is no soot in the kitchen and In addition you won’t require to keep checking what is being cooked.Solista Solo Smart Cooker 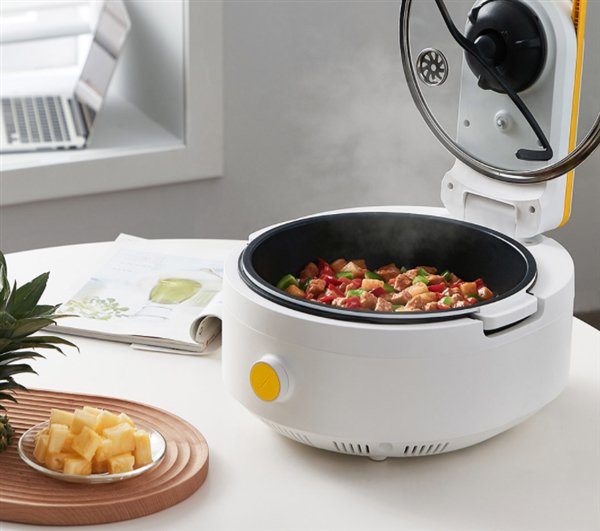 The smart cooker adopts a modern minimalist design. It has a white plastic body with a yellow accent on some sections like the control knob. The cooker has a 3.5L bowl and a visible glass lid. The inside of the cooker has a non-sticky coating liner what makes it easy to clean after cooking. There is a patented two-wing mixing shovel attached to the lid. The mixer ensures the food receives a uniform blend of the ingredients. The cooker uses a detachable power cord for handy storage.Solista Solo Smart Cooker 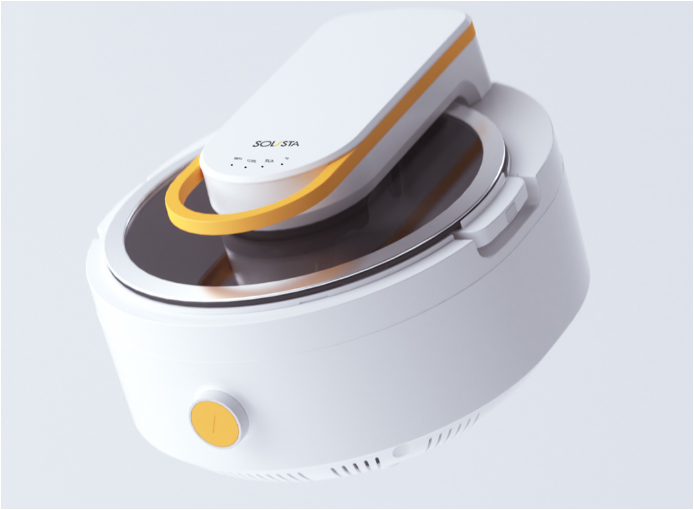 In addition, the Solista Solo Smart Cooker comes with app support what throws in number of cooking styles and recipe into the mix for users. separable power cord for handy storage. 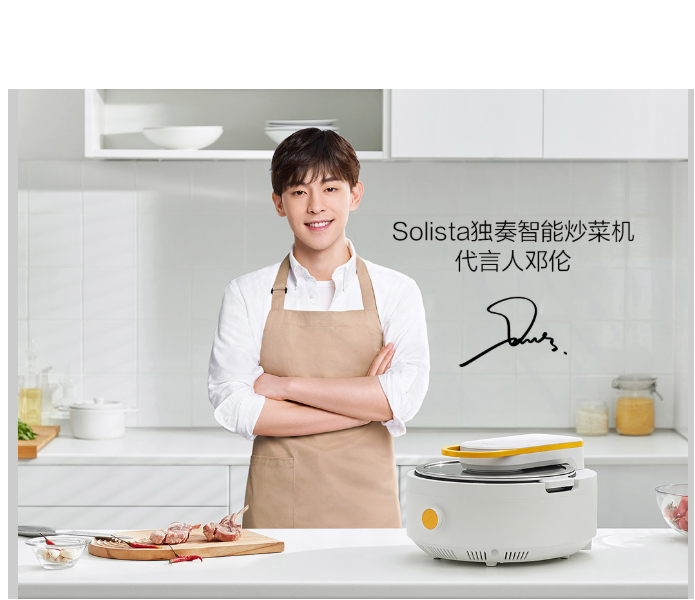