Under 25% of top 100 US retailers currently accept Apple Pay 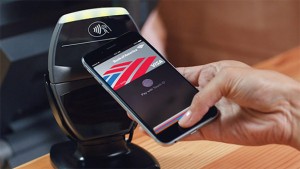 A vast majority of the top US retailers currently do not accept Apple Pay, according to a report from Reuters, which carried out a survey of the top 100 retailers in the country.

As per the report, less than a quarter of the surveyed companies currently accept Apple Pay. While around two-thirds of the retailers have no plans to accept the service this year, only a handful of them said that they are planning to join the program in 2016.

Some of the top reasons cited by the companies for not being part of the program were: extra equipment required to facilitate the payments, lack of access to data generated in transactions, and insufficient customer demand.

The survey also revealed that some of the retailers are planning to participate in CurrentC – a payment system which aims to cut off debit or credit card processing fees by taking money directly from a user’s bank account.