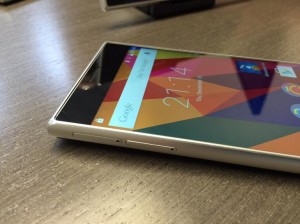 There is a new kid on the smartphone block. Dubbed Ubik Uno, the Android handset is designed and developed by a Miami-based startup with the same name.

The Uno packs a metal frame and a bezel-free display. The device’s specs are a blend of upper mid-range and high-end components.

Connectivity options of the handset include Bluetooth 4.0 and NFC among others. The smartphone has 4G LTE support for both AT&T and T-Mobile.