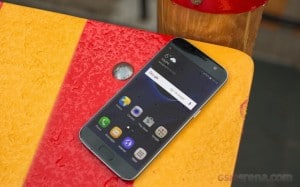 It would appear Samsung has done its sales magic yet again. Despite a pronounced slowdown in the high-end market, its Galaxy S7 duo has managed to exceed sales expectations.

The figures are far from final, but according to Jay Yoo, industry analyst at Korea Investment & Securities, Samsung has already exceeded the initial 7 million unit estimate and has managed to ship around 9.5 million S7 phones. This has mandated some major forecast recalculations, which has naturally attributed for a raise in share value – 2.4% on Wednesday in an 18-week high.It appears that the similarities with the Galaxy S6 line were not a deterring factor, as the prevailing opinion went, but rather a logical foundation, on which Samsung managed to construct two very appealing devices. The lack of major redesign has also helped lower production costs, so that will probably help boost profits as well.