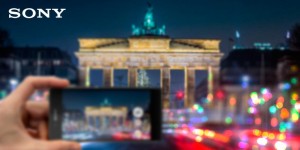 Sony has started building up hype for this year’s IFA by publishing a teaser on Twitter, suggesting a hybrid autofocus system for what is likely an upcoming Xperia Z5. The lone blurry image is apparently not shot with the said device as it’s all out of focus, though.

On a more serious note, the “greater focus” mentioned in the tweet likely indicates a phase detection system to complement the more trivial contrast based autofocus. Sony has implemented such a mechanism in the already announced Xperia M5, so it’s only natural that it makes it to the flagship.

Mind you, we are only assuming that the Japanese company is talking of a Z-series top model. However, given the cold reception of the current in-between flagship Xperia Z3+ and the multitude of leaked images of an alleged Xperia Z5 and Z5 Compact, the launch of the next generation is logically nearing.

After all, there is but a week until September 2, when the above image will start making more sense.