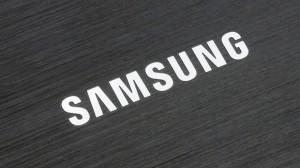 As per a report published in Korea today Samsung is going to release a new Gear smartwatch in the second half of this year which is going to have the mobile payments feature. The company has not launched a new smartwatch in quite some time now, it was believed that one would be unveiled at MWC 2015 but Samsung decided against it because it wants to launch the “perfect smartwatch,” so it’s taking its time. Samsung’s next Gear smartwatch is the Orbis, which will have a round watch face, a metal crown and a metal frame with a 1.18-inch circular display.

The report in today’s Electronic Times newspaper says that Samsung is going to make use of NFC or Near Field Communication to enable mobile payments on the smartwatch, it’s the very same technology used by Apple to support mobile payments on the Apple Watch. Samsung has already confirmed that its payments service, Samsung Pay, is going to be launched in September in the United States and South Korea. It’s unclear right now if the smartwatch will be unveiled at IFA 2015, where Samsung is expected to make the formal announcement regarding Samsung Pay’s launch.