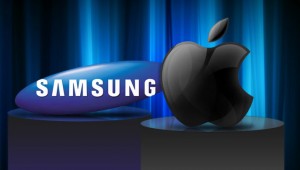 There have already been a number of reports from analytics firms like Strategy Analytics and TrendForce stating that Samsung has gained back its podium position in the global smartphone market, defeating Apple. Now, yet another report from a renowned analyst, Tomi Ahonen, confirms that Samsung was indeed the top smartphone brand during Q1 2015 in terms of sales.

According to the report, Samsung captured 24.3 percent of the global smartphone market during Q1 2015 with shipments of 82.8 million units, defeating Apple, which managed to capture 17.9 percent market share with sales of 61.6 million iPhones. Lenovo (5.5 percent) , Huawei (5.1 percent), and LG (4.5 percent) captured the third, fourth, and fifth positions respectively. Surprisingly, Microsoft (formerly Nokia) and Sony, which are one of the oldest players in the market, and considered as respectable smartphone brands, are nowhere in the list of top 10 global smartphone brands.

Tomi Ahone, a former Nokia executive, is also considered to be one of the world’s most influential analyst in the global mobile sector. He said, “Obviously we’ve already seen the market share peak of iPhones and my projection is that the actual market share for full-year 2015 for the iPhone will be down again this year.” This is logical, because Apple sells only high-end smartphones, while Samsung sells smartphones in a wide range of price categories.