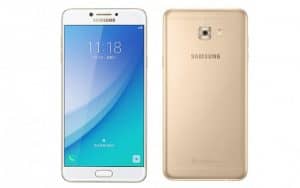 The leak saga about Samsung Galaxy C7 Pro is over – the device was officially unveiled at the Korean manufacturer’s website..

Both cameras of the Galaxy C7 Pro have 16 MP sensors and bright f/1.9 apertures. Their video recording maxes out at FullHD@30fps.The internal storage is 64GB, with 50.9 GB of those user-available. Also the second SIM slot supports either a nano-SIM card or a microSD one.

Pre-orders in China will be begin on January 16 but there’s no information for now if Samsung plans to release the device in other markets.