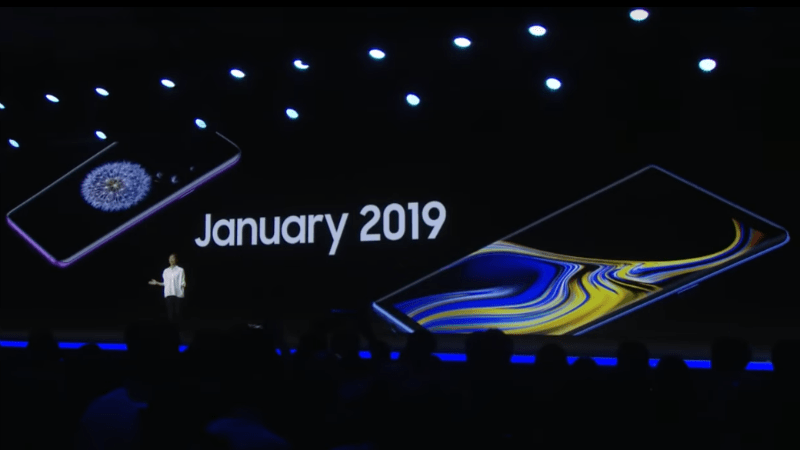 At its developer conference, alongside with showcasing its foldable screen device, Samsung moreover revealed ‘One UI’ — it’s new design language for the custom user interface skip for Samsung’s gadgets.

During the announcement of One UI, the company moreover revealed that it will begin beta testing of Android Pie-based One UI for select gadgets later this month in US, Korea, and Germany. It should roll out to other European and Asian countries at some later point.

The gadgets that will receive the update marks Galaxy S9, S9, and Note 9. Even though access beta will be out there in this month, the public launch of the One UI for the mentioned device will take place in January 2019.

Comparing to the Samsung Performance UX what requires two arms to operate, the new One UI is claimed to have been built for a “more natural and comfortable” one-handed use cases. Samsung said that it has been working on the new experience for the past year, and the prime target is to deliver the interface less cluttered.

The focus of Samsung One UI is on keeping the most relevant content in the other useful place — backside of the panel. All of Samsung’s apps have adopted a bottom bar layout for smaller navigation elements along greater header elements. Menus moreover pop-up at the backside of the screen instead of the center.

With One UI, currently you see only the essential options related to the task you are carrying out. It’s a continuous and fluid experience where the necessary buttons look when you want them and gently disappear when you don’t.

The South Korean company has In addition released a system-wide Evening Mode that will allow a dark, AMOLED-friendly theme throughout the UI and Samsung’s apps. The new Samsung One UI will also theme itself to match the color of the phone, exact to what Samsung estimated on Galaxy Note 9 with its new S-Pen.

Together with that, few Android Pie-based attributes, such as gesture-supported navigation are heading to be a part of the One UI for the gadgets that’ll receive Android Pie update in January upcoming year. It appears to be that we’ll have to wait for the Android Pie-based Samsung One UI to deliver debut in January to see what it really brings to the table and how it works.