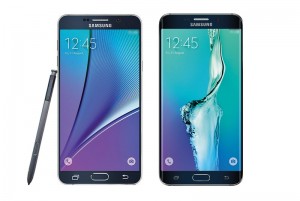 The day we have all been waiting for is finally here. Samsung has officially announced the Galaxy Note 5 and Galaxy S6 edge+, two phablets that will handle the role of the company’s late 2015 flagships in different regions. Naturally, the Galaxy Note 5 is the more important device here, as the Galaxy S6 edge+ is simply a blown-up version of the Galaxy S6 edge. Both devices share similar specs for the most part, with the Note 5′s claim to fame being the S Pen stylus and the S6 edge+ boasting a dual-edge display.

The two smartphones follow Samsung’s new design philosophy that combines glass and metal for a beautiful and premium look and feel, and the Note 5 also introduces a new design element that should help in handling. Those curves on the front of the S6 edge+? The Note 5 has similar curves on the back side that make it feel solid in the hand and prevent it from slipping out too easily. The Super AMOLED displays on both devices measure 5.7-inches in size and have a resolution of 2560×1440 pixels, and the processing power is provided by the Exynos 7420 CPU.

The Exynos 7420 is clocked at 2.1GHz for the Cortex-A57 cores and 1.5GHz for the Cortex-A53 cores, and users now get 4GB of RAM for their multitasking needs. Imaging is handled by a 16-megapixel rear camera with f1.9 aperture and a 5-megapixel front-facing camera, a setup that is carried over from the Galaxy S6 lineup. Storage options are 32 and 64GB; a 128GB model is missing, but we’re guessing that’s not a bad thing as 128GB models can be rather costly and aren’t usually manufactured in high quantity. 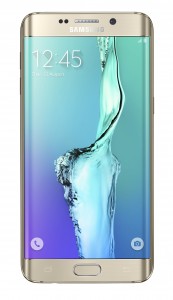 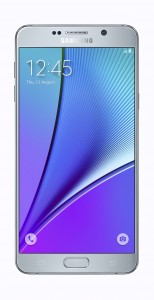 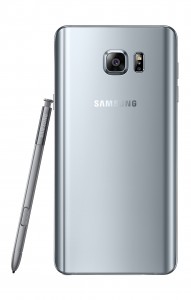 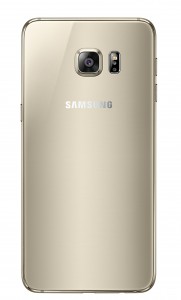