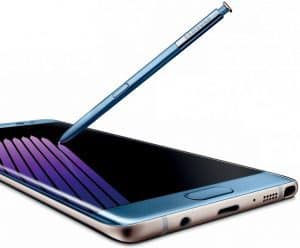 Samsung today announced that it will no longer produce and sell the Galaxy Note 7. Analysts expect that the financial impact from lost sales will be as high as $17 billion. It’s interesting how Samsung was able to make its best and worst performing device in the same year. The Galaxy S7 series was launched earlier this year and it’s undeniably a hit. It made a significant contribution to Samsung’s record-breaking third quarter and while many would have expected the Galaxy Note 7 to do that for the fourth, it appears that Samsung will now have to rely on the Galaxy S7 and the Galaxy S7 edge to try and cover its loss.

According to a new report, Samsung is now ramping up production of the Galaxy S7 and the Galaxy S7 edge to try and compete in the high-end market as the holiday season approaches. Samsung has reportedly notified its suppliers about the production increase. We can expect the company to go on a marketing blitz for the Galaxy S7 once all the hype around the Galaxy Note 7′s demise subsides.

It’s going to be an uphill battle for Samsung to try and push the Galaxy S7 once again when it has already done so well this year. Part of the reason why it might be difficult for the company to find new buyers for this device is that people already know that the Galaxy S8 is due next February and if rumors are to be believed, it’s going to be revolutionary. Most customers will likely wait for a few months to pick up the new flagship rather than spend their money on one that’s going to lose its value substantially once the Galaxy S8 is released.