Just a few hrs back, the news broke that Realme is reportedly having set to uncovering a new low-level smartphone dubbed A1 in soon 2019 that will sit between the Realme C1 and the Realme U1. Even though we had with no substantial details about the product in the noted report, we currently have leaked render, as well as a few of the device’s specs, due to a new report from out of India. 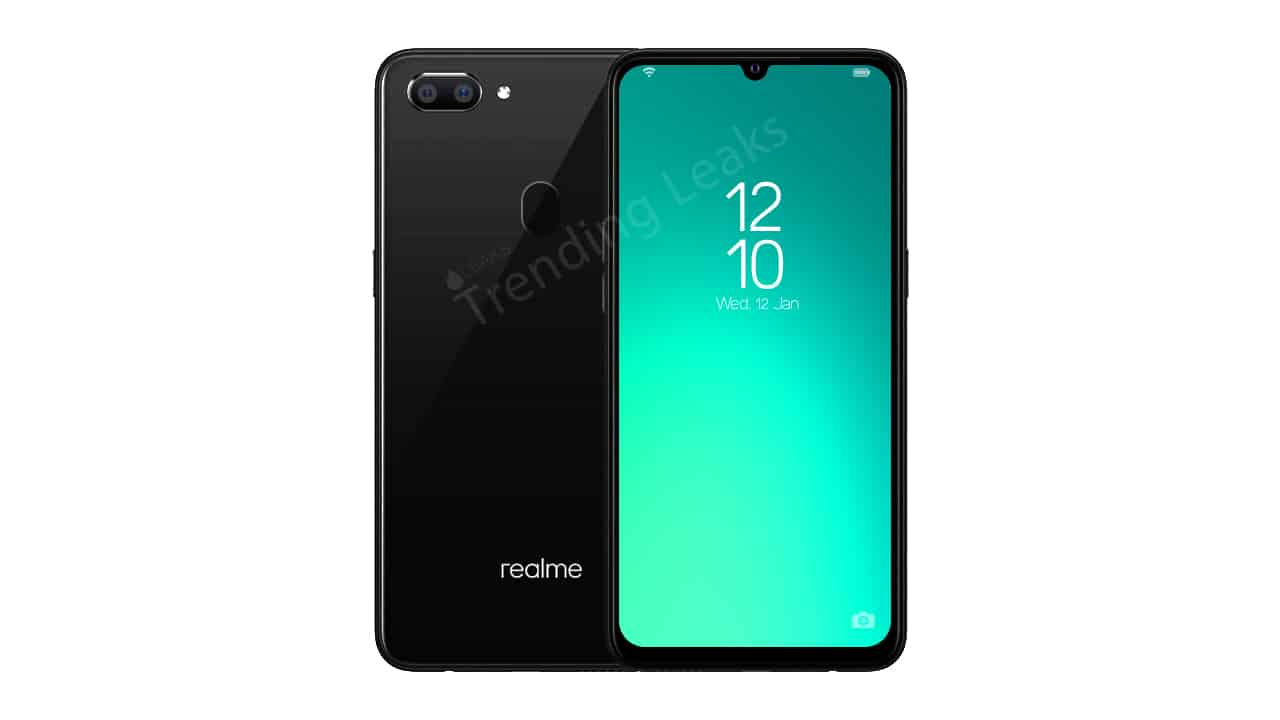 Notably, the leaked render offer the Realme A1 will retain previous Realme design – featuring a waterdrop notch with barely any bezels on the sides, whereas a dual camera setup and a fingerprint camera sits on the flip side.

Predictably, the low-end Realme A1 is tipped to come with a MediaTek Helio P70 cpu under the hood, assisted by either 2GB or 3GB of RAM and 32GB of internal memory. The leaks haven’t ended there, Trending leaks information that the next smartphone will highlight a 4,200mAh battery, a 13MP+2MP dual rear camera setup with LED flash and an 8MP selfie snapper, and will Sad to say boot Android Oreo out of the box.

At this point, please do note that the manufacturer has yet to confirm any of the info contained here, so it is improved we take this with the proverbial pinch of salt.