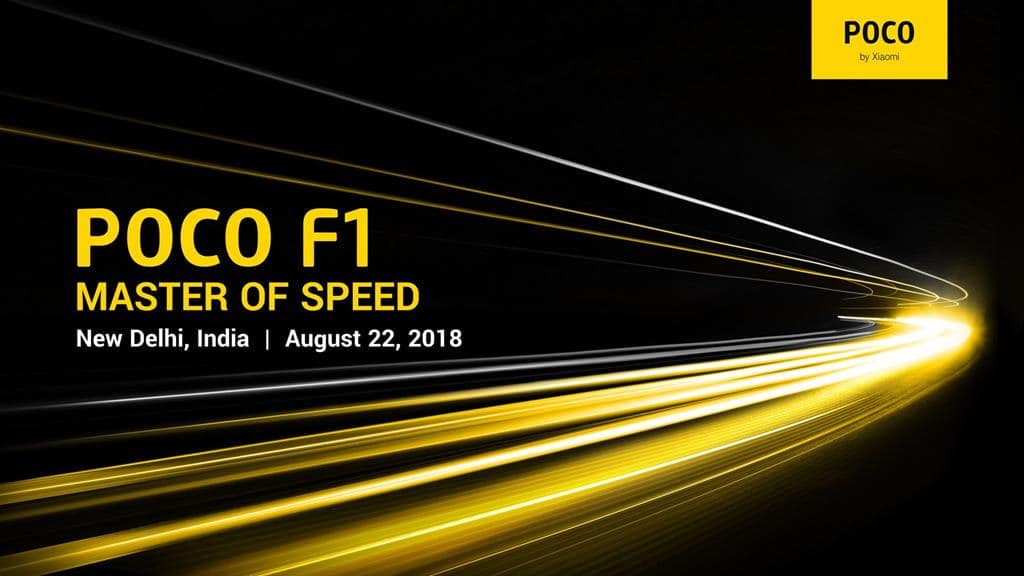 Xiaomi is set to launch a fresh phone early. This fresh phone called the POCOPHONE F1 will launch under its new sub-brand POCO.

Just a short although ago, the formal Twitter Indian account for the new brand reported a launch date for the POCOPHONE F1, its pretty initially smartphone.

According to the banner, the POCOPHONE F1 will release in India on the 22nd of August what falls on Wednesday upcoming week. The launch event will hold in New Delhi but the time has not yet been revealed.

Last week, social media accounts for the fresh brand popped up online and started teasing the next phone as well as exposing tidbits about the fresh brand. POCO is currently being run by Jai Mani who is the lead product manager for Xiaomi India.

The POCOPHONE F1 is a flagship smartphone and will have a value tag lesser than Xiaomi’s current flagships (Mi MIX 2s, Mi 8, and Mi 8 Explorer Edition). It has the exact Snapdragon 845 processor powering the aforementioned devices and even packs improved specifications in few components this sort of as getting a large 4000mAh battery and liquid cooling.

The rest of its specifications are a 5.99-inch FHD+ display with a notch at the top, 6GB of RAM, and 64GB of expandable storage. It is coming to arrive in other storage configurations too.

It has a 20MP front-facing scanner with IR face unlock and vertically arranged 12MP + 5MP dual rear cameras. There is dual-SIM support, Bluetooth 5.0, and a USB-C port. It Additionally supports Quick Charge 3.0.

After the release in India, the POCOPHONE must deliver its way to Europe but there is no info on the launch date for any European country at the moment.