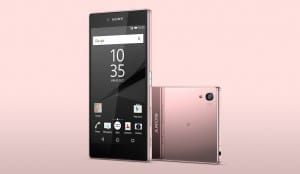 Turns out the rumors were true, as the pink color variant of the Xperia Z5 Premium has been officially announced by Sony. This comes exactly three months after the pink Sony Xperia Z5 was unveiled.

The Japanese company made the device official in a tweet.

Sadly, nothing else – including the handset’s price, launch date, as well as target markets – has been revealed. However, rumors say that the phone will at-least be available in some Asian markets including Hong Kong, Taiwan, and Mainland China.