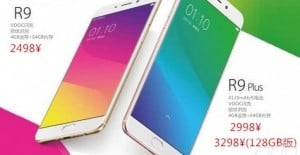 OPPO R9 is doing very well for the company, selling over 7 million units of the device in a few months of launch. However, it looks like this best selling model will soon see a successor, as Taiwanese media reports indicate that OPPO is preparing to launch the OPPO R9S which should succeed the R9 later this year.

It is said that Qualcomm has bagged the rights to supply processors for the OPPO R9S model. The chipmaker is said to start shipping the chipset in August this year, which means the official launch of the new model is just a few months away. The company is also said to continue with the same design philosophy that worked wonders with the R9, i.e. a thin metal body design. However, since Qualcomm has reportedly got the chipset rights for the R9S, it would be interesting to see which chip is used inside this new device.

OPPO R9 Plus came with Snapdragon 652, but it was a larger and a costlier version of the R9. With the OPPO R9S, the company could either upgrade the chip to SD652 or maybe use a newer chip like the Snapdragon 625. Also, if the rumored OPPO Find 9 is not releasing anytime soon, then OPPO may even upgrade the chip to Snapdragon 821 inside this R9S. This is possible because the phone will have to take on powerful models like the Mi Note 2, LeEco flagship, Mate 9 etc in the second half of the year.