Oppo R7s will reportedly also have a 4GB RAM option 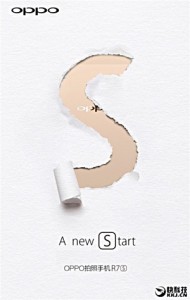 While we already knew that Oppo’s upcoming R7s smartphone will have 3GB RAM, it has now been revealed that the device will also be offered in a 4GB RAM variant.

For those who aren’t in the know, other rumored specifications of the handset include Snapdragon 615 SoC, 5.5-inch FullHD AMOLED display, 32GB expandable internal memory, 13MP/8MP camera combo, and Android 5.1.1 Lollipop. It is also said to carry a bigger battery than the R7.

The R7s is set to be unveiled during this year’s Gulf Information Technology Exhibition (GITEX), which is scheduled to take place in Dubai from October 18 to 22.