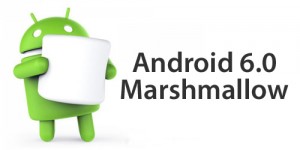 A OnePlus staff member shared the company’s Android plans over the OnePlus official forum. The shared details include timeframe for OnePlus One, Two and X.

OnePlus One will be the first to get Android Marshmallow as Cyanogen is already working on its next major version and the update will begin seeding in Q1 2016. OnePlus also offers Oxygen ROM for the OnePlus One, but it will receive the Marshmallow update at a later point, following the Cyanogen OS release.

OnePlus 2 will also be getting its Marshmallow-sweeten Oxygen update through the first quarter of 2016. This update will also allow users and developers to use the default Google API for the fingerprint scanner, as it is currently locked to non-default apps by not having a proper API.

Finally, OnePlus X is also greenlighted for Android 6 Marshmallow update, but its time frame is yet to be announced. Judging by the plans for Q1 release of the One and Two updates, we guess the X may be getting it in Q2 next year.