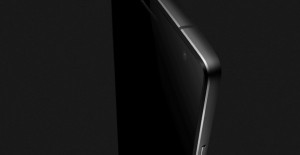 The latest update for the OnePlus 2 is now rolling out. OnePlus has announced the release of Oxygen OS 2.1 today. Oxygen OS is the Chinese company’s interpretation of Android, which ships on the OnePlus 2.

If you are one of the few lucky people to actually own a OnePlus 2, you’ll be happy to know that this update brings with it goodies such as a manual camera mode and Raw support for third party apps (though the latter may not be working with all apps yet).

The new release also adds a color balance slider in the Display settings menu, which allows you to adjust the color tone of the screen to make it as warm or as cool as you want. Turning Airplane Mode on and off should be smoother now, since certain improvements have been made to the telephony service. Exchange support is now a reality, and “some issues that were causing problems with popular 3rd party apps” have been fixed.

That’s the changelog. “A small percentage of users” will receive over-the-air update notifications today, and if everything goes well a wider rollout is planned for tomorrow.