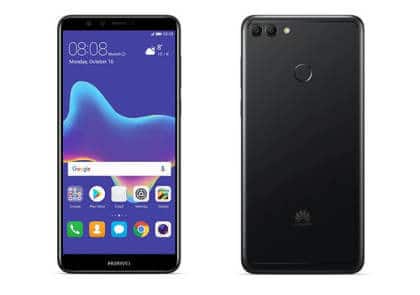 With all its gadgets and the ones from its Honor sub-brand, Huawei is one of the other prolific telephone manufacturers, besides being the second one in terms of profits in the last period. The Y series is famous as the line-up with the high affordable Huawei devices, and currently the Chinese manufacturer has trademarked a fresh product in this series in Europe. Its name is Huawei Y10 and the trademark has been filed at EUIPO (European Union Intellectual Property Office). This means that a fresh device might be making its way in the European smartphones market.

Judging from the model volume, this can be the most strong and expensive gadget from the Y line-up, but given that this is an low-level series, we be expecting it to be a mid-ranger. But, this is in contrast with the most recent information indicating that the manufacturer is planning the launch of a new gaming telephone by the end of 2018. Someone is even thinking that Huawei Y10 is the next foldable smartphone that, according to the manufacturer, will be released in 2019. However there is to decide that a single trademark filed at EUIPO does not indicate that a gadget called Huawei Y10 will be necessarily launched early.

Together the Huawei Y10, the Chinese company has In addition trademarked other monikers: P66, P77, P88 and some mispronunciations of its brands these types of as Wawei, Honer, Huawey, Homor and far more. At the moment, the closest product to the Y10 is Huawei Y9 (2018) and it has been earlier back in March. It incorporates an all-metal design and style and a 5.93-inch screen with a Full HD+ resolution of 1080 x 2160 pixels. On the hardware side, it has an octa-core Kirin 659 chipset together up to 4 GB of RAM and up to 128 GB of internal memory. It even has a dual scanner (16 and 2 MP resolutions, f/2.2 aperture) and a huge 4000 mAh battery.