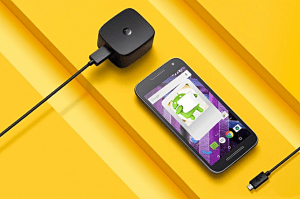 For the Motorola Moto G Turbo Edition owners who have been waiting to experience Android Marshmallow on their device, here is some good news: the update has started rolling out.

Weighing in at around 445MB, the update debuts in India and bumps the firmware version to 24.11.22. In addition to the usual Marshmallow goodies (including Doze, Google Now on Tap, and redesigned app permissions), the update also includes Google’s December security patch.

The Snapdragon 615-powered device, which also supports Qualcomm Fast Charging, was first unveiled in Mexico last November. It landed in India a month later carrying a price tag of INR 14,499, around $215 at current exchange rates.

There are currently no reports of the device getting the Marshmallow update in Mexico, but that should happen soon enough.