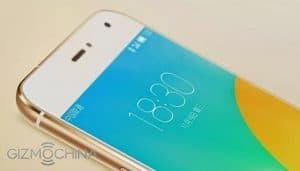 Meizu seems to be on a roll the past few months. The company unveiled three new smartphones in three different lineups in April. While you may have thought that the company was going to be silent for the next few months, according to recent reports, that’s probably not going to be the case. Meizu is said to be preparing for the launch of another important flagship next month, and that is going to be none other than the rumored Meizu MX6 flagship.

Usually, MX series smartphones are released around June-July period. It looks like the company is going to continue the tradition this year as well, as the release is expected to be on June 20. If true, this would make nearly four smartphone launches, all in different lineups in a matter of 3 months. That’s pretty aggressive even for a Chinese smartphone maker.

As for the specs, earlier leaks have said that the phone will feature 3GB RAM and 4GB RAM variants. The former could start at $275 and the latter at around $305, which would put it in competition with the Xiaomi Mi 5. But inside, this device is said to feature Mediatek’s Helio X20 instead of X25 chip that powers the Pro 6 flagship.