Lumia 550 goes up for pre-order in UK 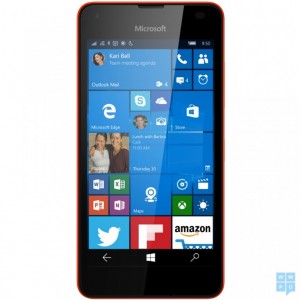 The affordable Microsoft Lumia 550, which was announced by the company last month along with the the Lumia 950 and 950 XL flagship smartphones, is now up for pre-orders in the UK.

Both Carphone Warehouse and Clove have the phone listed on their website. While the former is asking £89.99 for the unlocked version (and £9.50/month if you choose to purchase on contract), the latter is selling the SIM-free version for £82.50 (£99.00 including taxes). Another retailer Unlocked Mobiles is also taking pre-orders for the handset, offering it for £95.00 (including taxes).

As for availability, while Carphone Warehouse is asking customers to expect the delivery by December 8, both Clove and Unlocked Mobiles have listed December 10 as the date.