LG is considering metal body for the LG G4 Pro 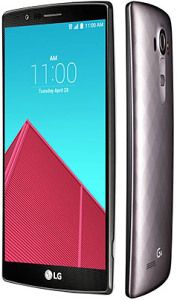 LG G4 is already out and sure looks good, especially if you opt for the exquisite leather rear covers. It has better display, faster chipset and enhanced camera, compared to its predecessor, rounding up an overall impressive package.

LG is already prepping its next big thing, though, which will be announced in the second half of 2015. This should be the recently rumored LG G4 Pro, but we have no details beyond the alleged name. Still, the latest reports from Korea say LG has a though choice to make.

Apparently LG has to decide whether to use metal for its next flagship for easier separation from the LG G4. It seems a good option and switching to metal will boost the looks and offer the necessary exterior difference.

LG also thinks on switching the method the aluminum is processed. While Apple and Samsung are using the widespread CNC (computer numerical control), LG will be improving the quality with enhancing the tech process with adding press and then doing the cut via CNC. This should improve quality and possibly lower the production costs.

Others at LG are not OK with opting for metal for the flagships, and want to keep the metal frames for the niche devices only. They are traditionally slightly cheaper than the flagships, with less processing punch, but compensate with unique design and choice of materials (the Samsung Galaxy A series offer a few good examples of such devices).

So, LG is already prepping its next flagship, which will probably go head to head with the Galaxy Note 5. Hopefully everything turns out for the best and we get some proper phablet competition.