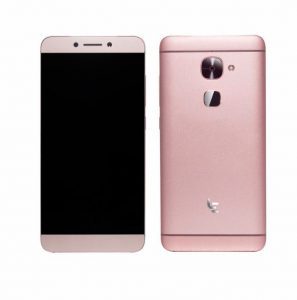 LeEco, formerly known as LeTV announced the LeEco Le 2 smartphone in China back in April and the device has been on sale since then. The device, which is also available in India and elsewhere at the moment, has received mixed reviews from users. Since the release, a few users have criticized the beautiful LeEco Le 2 for having a screen that cracks easily even just after a simple drop.

Subsequently, LeEco went back to the drawing board to chart up a solution to the fragile display problem. The Chinese  company then came out to announce that the display of the Le 2 has been reinforced in order to avoid such issues.

Not everyone swallowed that news, cheering as it may be, hook line and sinker. Popular Youtube tech channel Technical Guruji decided to subject the device to a drop and bend test to see if the claim by LeEco is true.

The videos of the drop test as well as the bend test were both uploaded to Technical Guruji’s YouTube channel.

The first video features a series of drop test performed on the LeEco Le 2. The phone actually survived all of those drop tests with excellent results. After the tests, the display was still intact, functioning well, suggesting LeEco is right about reinforcing the Le 2 display.

The second video shows the Le 2’s bend test. After applying pressure from both sides of the phone, the phone managed to survive. The display did pop up for a second after extreme pressure was applied, but it continued functioning later on. The LeEco Le 2’s metal body sure seems sturdy, and definitely helps make this device more durable, that’s for sure.

As a reminder, the LeEco Le 2 is an affordable, mid-range smartphone which sports a 5.5-inch full HD display, 3GB of RAM and 32GB of internal storage. The device is powered by the Snapdragon 652 64-bit octa-core processor, and a non-removable 3,000mAh battery is also a part of this package. The phone also features a 16-megapixel rear snapper with LED flash, and an 8-megapixel shooter up front. The sleek device boots Android 6.0 Marshmallow out-of-the-box and on top of it, with LeEco’s EUI 5.6 user interface hovering above it. The LeEco Le 2 carries a price tag of Rs. 11999 in India ( US$266.64).