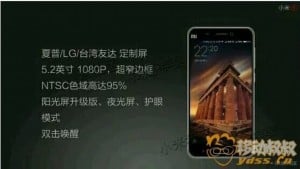 After analyzing yet another alleged specs leak merely hours ago, now we actually have the official slides of the launch event to source information.

We end up with a total of two models that will definitely be unveiled at the venue. Both will have a 5.2-inch Full HD display and a Snapdragon 820 SoC and will differ from one another in terms of memory: 3GB RAM plus 32GB of storage and 4GB of RAM plus 64GB of storage. 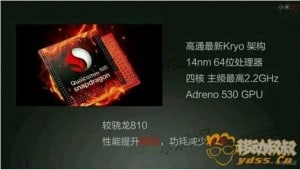 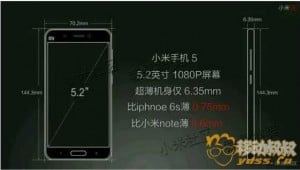 Other specs of the Xiaomi Mi 5 shown in the presentation include a USB Type-C plug with Quick Charge 3.0 feature, a 26MP shooter on the back, with a super bright F/1.6 lens and a Dual LED flash, from which we have already seen some impressive samples. Continuing down the leaked slides, we also find mentions of NFC, as well as the new Wi-Fi ad standard – a truly first in the smartphone world.

That about exhausts the list of almost certain facts. Other things we have come to expect from the Mi 5 include a 3,600 mAh non-removable battery, an 8MP front-facing camera, as well as a fingerprint reader in the home button.