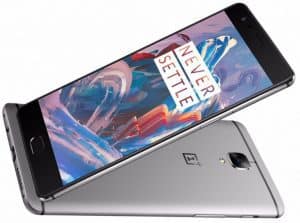 Just a few hours ago we saw the first selfie captured by the upcoming OnePlus 3, and now a list of the phone’s basic specs has been outed by none other than famed leakster Evan Blass.

According to him, the next OnePlus flagship smartphone will come with a 5.5-inch 1080p touchscreen, a 16 MP rear camera, the Snapdragon 820 chipset, 64GB of storage, as well as NFC support.

NFC was notably absent from the OnePlus 2, so it’s good to see it included here. Blass has previously mentioned that the display will be of the AMOLED variety, and that the handset will ship with a 3,000 mAh battery. Other past leaks and rumors talked about the phone sporting a fingerprint scanner, a USB Type-C port, and 4 or 6GB of RAM.

OnePlus is already testing Android N preview builds on the OnePlus 3, but it’s likely that the device will actually ship running Android Marshmallow.