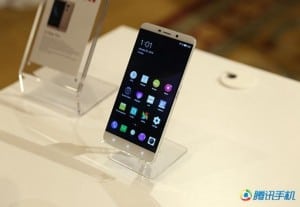 Now a new rumor out of China claims the Le Max Pro will go on sale in the country next Tuesday, on February 23. However, only 1,000 units could actually be available on that day.

The Le Max Pro is said to cost CNY 3,699, which right now means about $567 or €509. This amount contradicts a previously leaked flyer which said the price would be CNY 3,500. And all of this information originates in a yet-unconfirmed rumor, so hopefully you’ve taken it with a pinch of salt.

As a reminder, the Le Max Pro has a 6.33-inch QHD touchscreen, a 21 MP rear camera, 4GB of RAM, an ultrasonic fingerprint scanner, a USB Type-C port, and a 3,400 mAh battery. It runs Android 6.0 Marshmallow.