Huawei Mate S is now up for pre-order in Europe 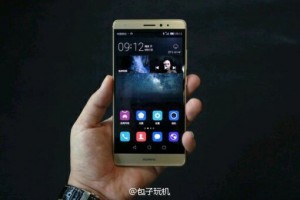 Huawei made the Mate S official at the beginning of the month during its IFA press conference, and now the phablet has gone up for pre-order in Europe.

Huawei itself is offering the device straight to consumers through its official online store for the continent. You can currently pre-order the Mate S if you live in Belgium, France, Germany, Italy, the Netherlands, Portugal, Spain, Switzerland, or the UK.

The handset can be bought in two color versions, Titanium Silver or Mystic Champagne. Pricing is as follows: £469 in the UK, €649 in the Eurozone, and CHF 649 in Switzerland. Pre-orders are only set to ship in about four to five weeks, so unfortunately you still have a lot of waiting to do if you’re craving the Mate S.

The smartphone comes with a 5.5-inch 1080p AMOLED touchscreen, a 13 MP rear camera with OIS and dual-LED flash, an 8 MP selfie snapper with a LED flash of its own, 3GB of RAM, 32GB of expandable storage, a fingerprint scanner on the back, and a 2,700 mAh battery. It’s powered by Huawei’s own Kirin 935 chipset, with an octa-core CPU clocked at up to 2.2 GHz. It runs Android 5.1.1 Lollipop with Emotion UI 3.1 on top.