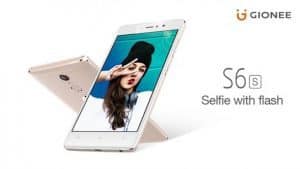 Gionee has revealed the upcoming phone in its S series, the Gionee S6s. The phone will be announced at an event on August 22 in India.

We still don’t know much about the phone, apart from the front facing camera flash, which seems to be the highlight (excuse the pun) of the phone.

We should have all the details on the day of the launch.