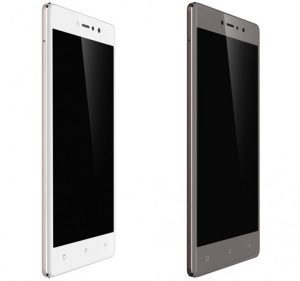 Gionee has launched the S6s smartphone in India. It’s a mid-range device that should compete against the likes of the Redmi Note 3 and the Lenovo Vibe K5 Note in terms of specifications but not so much in terms of the price.

The S6s has a 5.5-inch 1080p display that also acts as a flash for the 8 megapixel front camera. The phone also has a MediaTek MT6753 processor, 3GB RAM, 32GB expandable storage, 13 megapixel rear camera, fingerprint sensor, VoLTE, 3150mAh battery, and Android 6.0.The Gionee S6s is priced at INR 17,999 ($267), which makes it the most expensive phone in its class. The phone will be available in Mocha Gold and Latte Gold colors across retailers and online on Amazon.