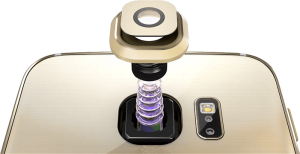 The Galaxy S6 and Galaxy S6 edge will be getting a couple of new features with the Android 5.1.1 update, some of which we have detailed in recent weeks. The camera app will gain new functionality, including iPhone-like exposure control, and we can now confirm that support for shooting in RAW and lower ISO values will also be added to the camera app with the upcoming update.

RAW support is a default part of Android 5.0 Lollipop, but it isn’t present on the Galaxy S6 and Galaxy S6 edge for now. The Pro mode in the camera app already allows for customizing the ISO values, with 100 the lowest the setting can go at the moment. However, unless Samsung changes something in the final Android 5.1 build, the update will add the option of selecting an even lower ISO value (possibly around 50, which is the lowest on many digital cameras.) For those unaware, ISO is the sensitivity of the camera sensor to light, and a low ISO value usually helps a camera take crispier photos with less noise than a photo taken at high ISO levels.

Lower ISO does have a flip side though – the camera can take longer to capture an image as a low ISO setting decreases the shutter speed and as a result is much better for taking pictures of stationary objects. Talking of shutter speed, that’s another feature we’re hoping the Android 5.1 update will introduce, but at this point we don’t have information on whether that will actually be the case.