Exclusive: Samsung gearing up to launch Tizen in Europe 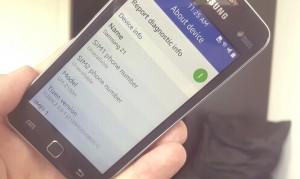 It has been a while since Samsung launched its first Tizen powered handset, the Samsung Z was originally announced about a year back and even though it was said that this handset might make it to some markets in Europe that never happened. SamMobile did some research about the Samsung Z (SM-Z910F) and discovered that the company initially planned on selling this device in Russia. We asked around about the Samsung Z and received some interesting information.

According to our information Samsung is testing Tizen in all big countries across Europe, this could be a hint that the company is preparing Tizen for launch in Europe which could be put in motion with the upcoming Tizen 3.0 software. While it can’t be said for sure if the Samsung Z will be out in the market but we expect Samsung to launch Tizen smartphones in Europe in the coming year, it could either be with the Samsung Z1 or the as yet unannounced Samsung Z3. The Samsung Z3 (SM-Z300H) will be quite an improvement over its predecessor with a 5-inch 720p Super AMOLED display, a 1.3GHz quad-core Spreadtrum SC7730S processor and 1.5GB RAM, 8GB internal storage, 8-megapixel rear and 5-megapixel front-facing camera, microSD card slot and a 2,600mAh battery.

This doesn’t mean that the company is going to jump off the Android bandwagon completely as Samsung is primarily going to focus on low-end devices to push Tizen in these markets.