Posted on 18/10/2019
A new advanced version of the TV Box Beelink GT-King which we already reviewed appeared and we have one in hands. So let's start. This new box comes under the name of Beelink GT-King Pro and stands out for its new blue aluminum alloy box with a front display. But the main difference is inside since now we have the powerful SoC Octa Core Amlogic S922X-H that includes Dolby DTS certifications.

Here we made a quick unboxing video of GT King Pro:

[gallery columns="2" size="medium" link="file" ids="40311,40310,40309,40308"]   The GT-King Pro looks like a premium device with metal case and mice blue finish. The skull on the top side looks similar to the previous GT-King model. On the box’s front side, you will find a black plastic bar, which looks very much like a display. Beelink’s brand slogan “Connect to a wonderful life” is marked here. 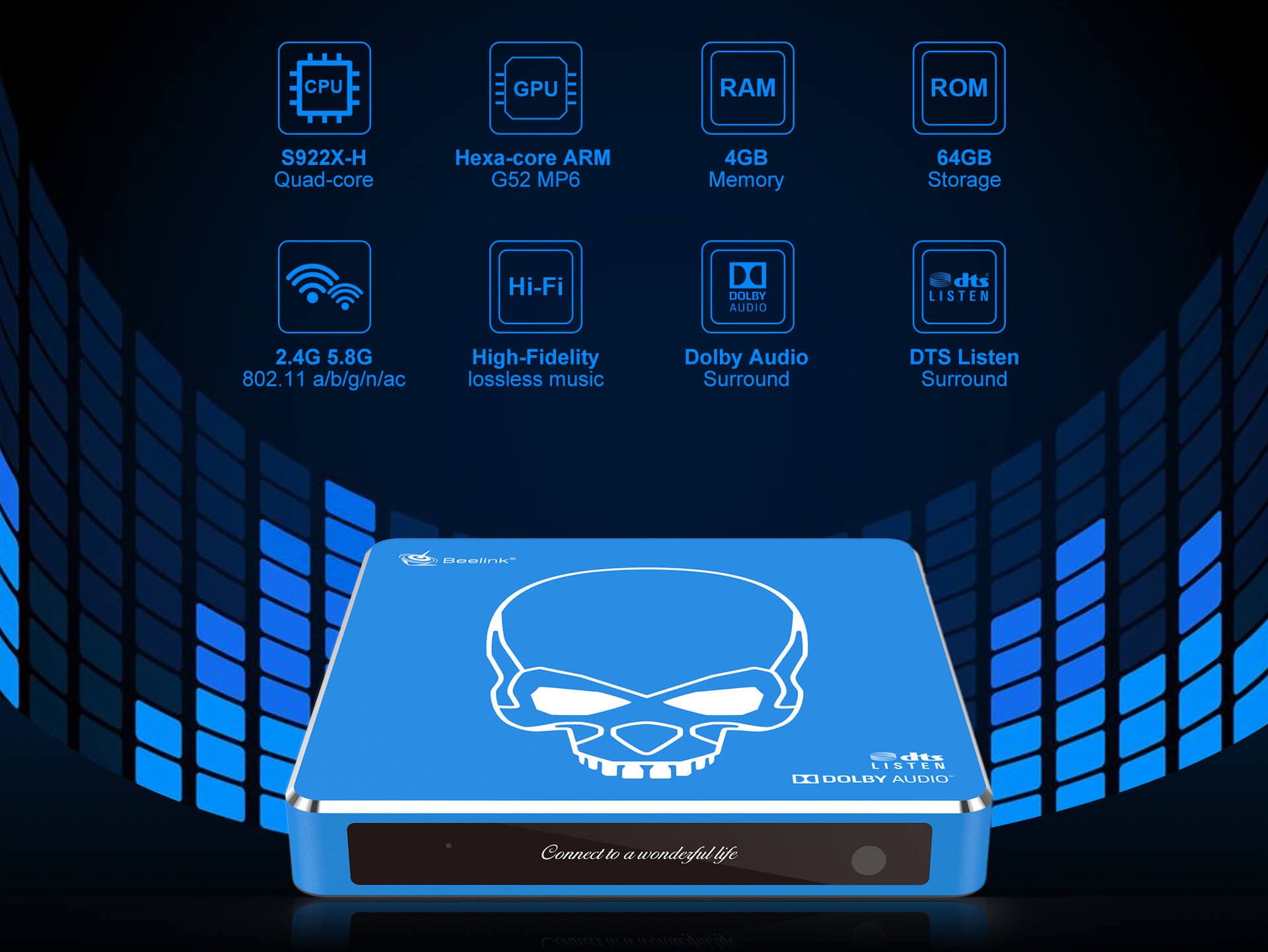 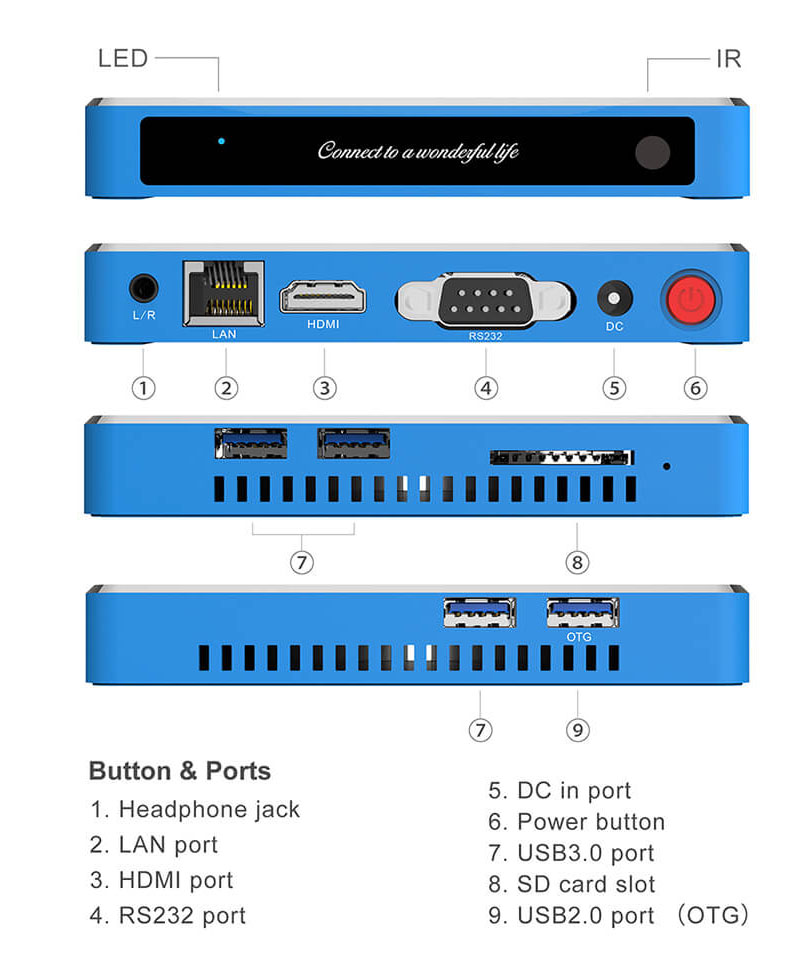 On the back side there is a headphone jack, 3.5mm, 1 GB LAN, HDMI 2.1 port, RS-2323 port, power supply port and power button. Beelink GT King Pro next to GT King looks like a new premium device. 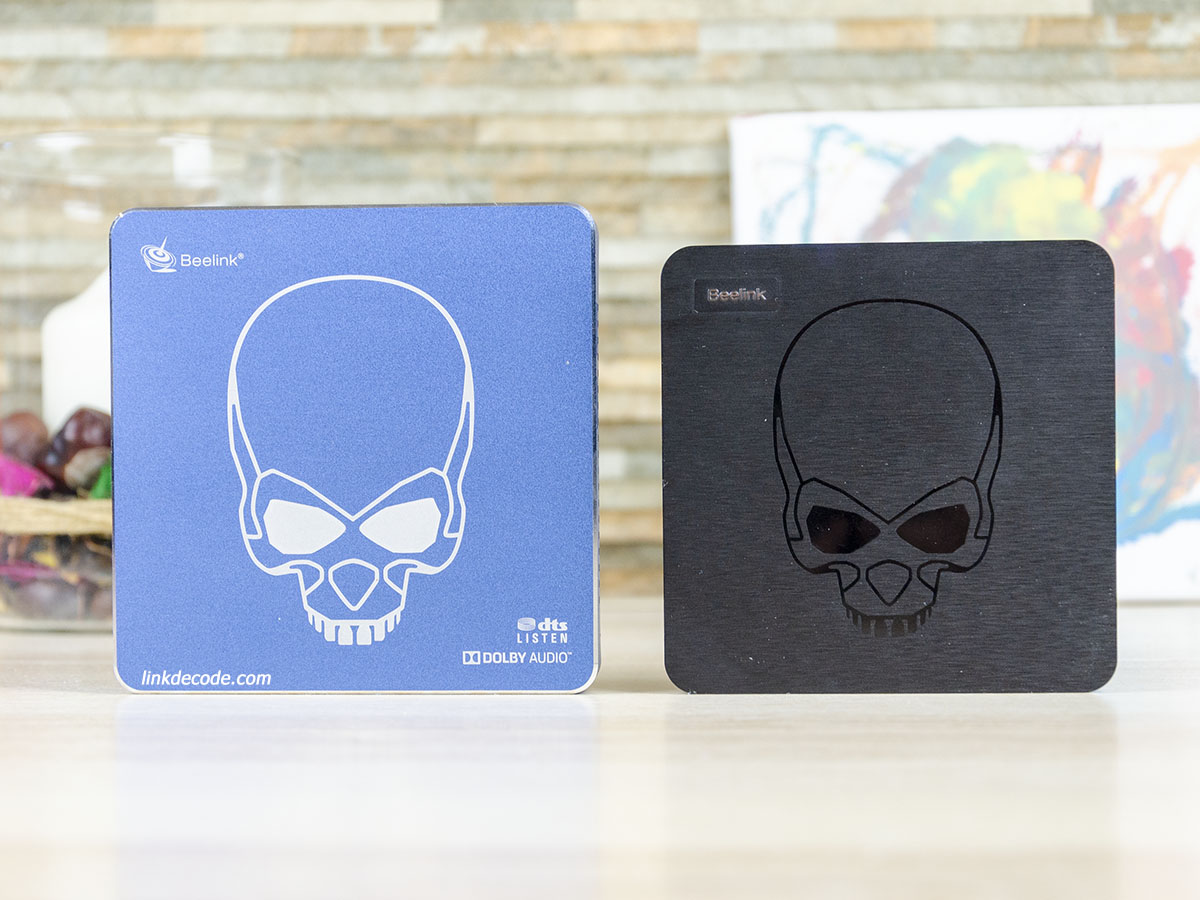 The retails boxes look the same. 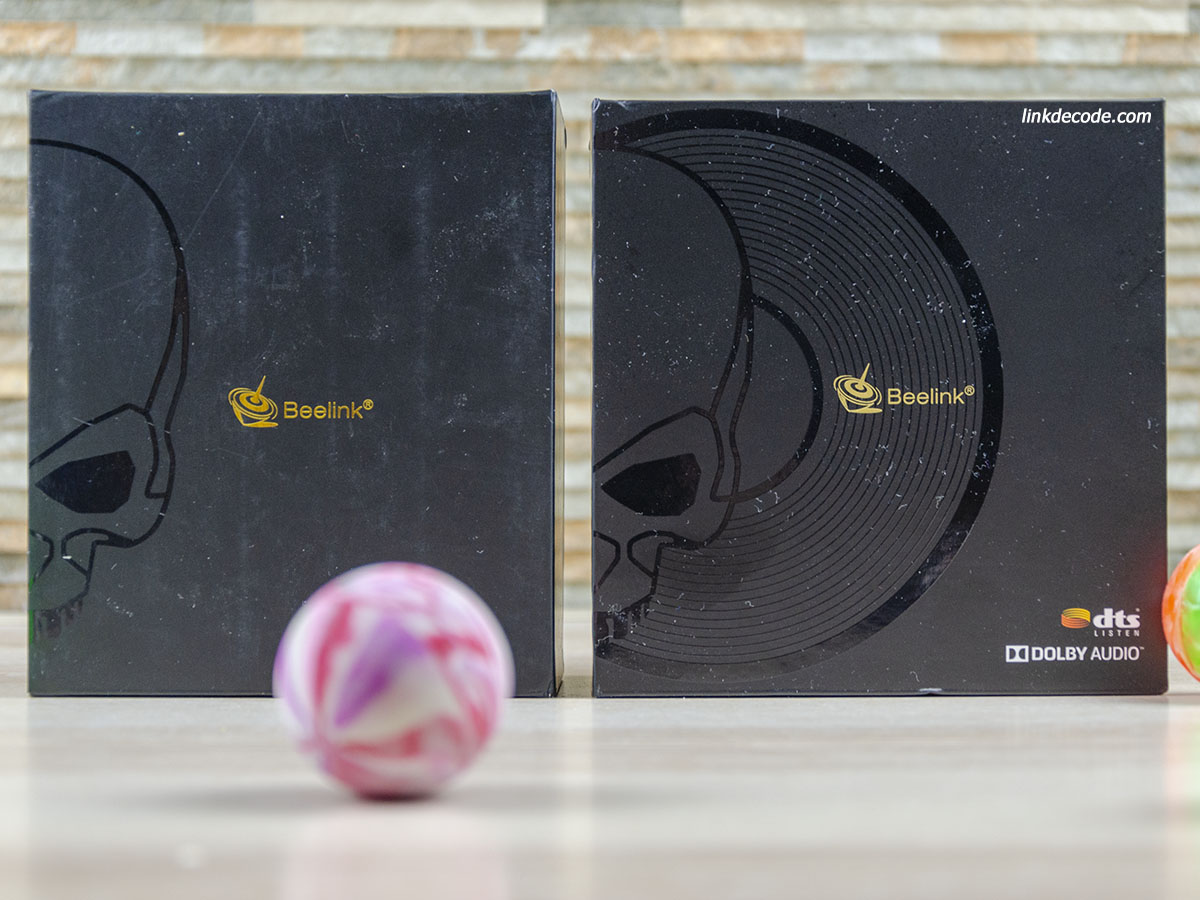 The setting up the Beelink GT-King Pro is really fast. And after a few seconds we the familiar Beelink homescreen appeared. [gallery size="medium" link="file" ids="40330,40329,40328"] After connecting to internet, an update appeared: 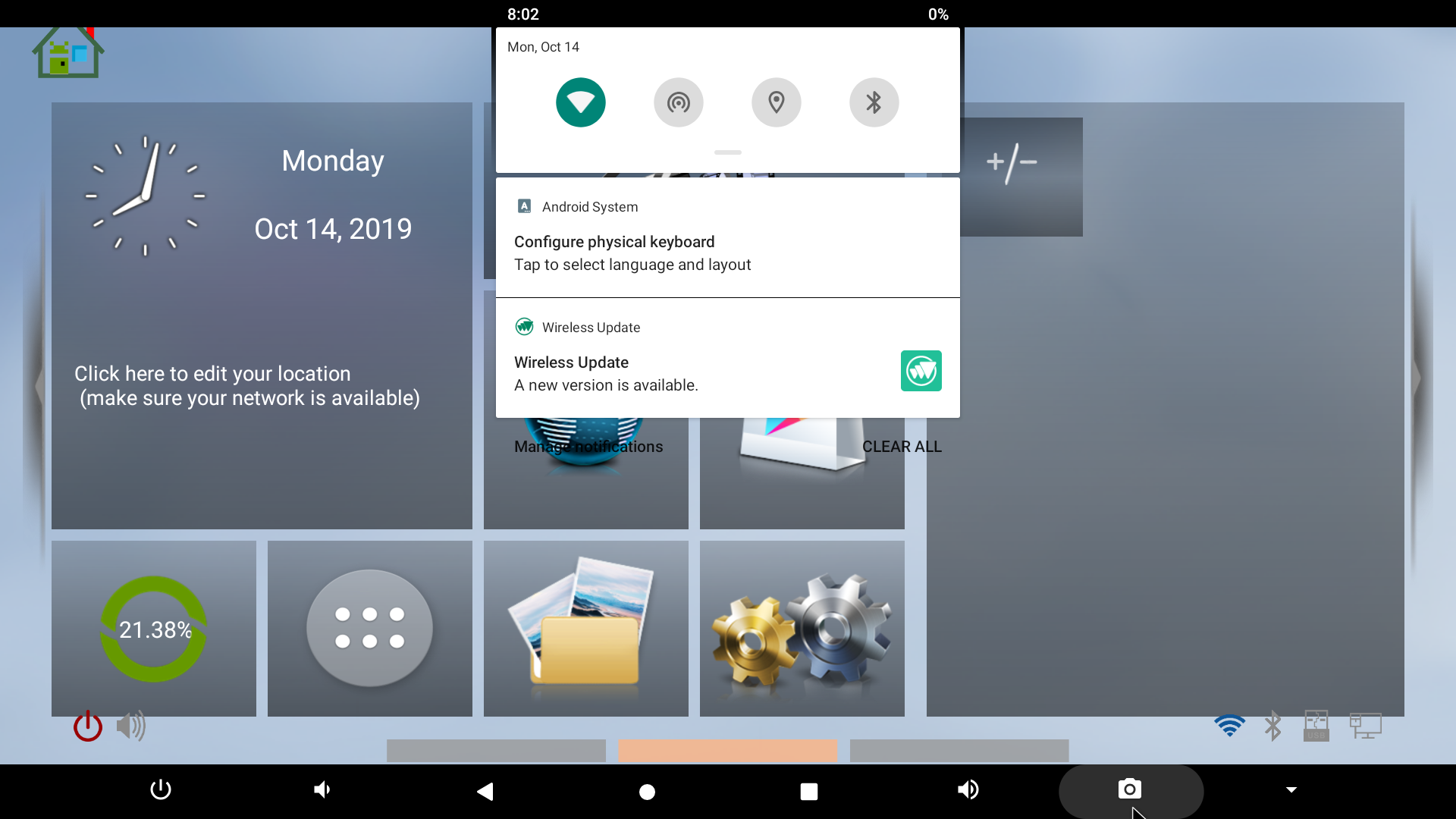 Of course, we installed it and after about the 2min we had the latest firmware. 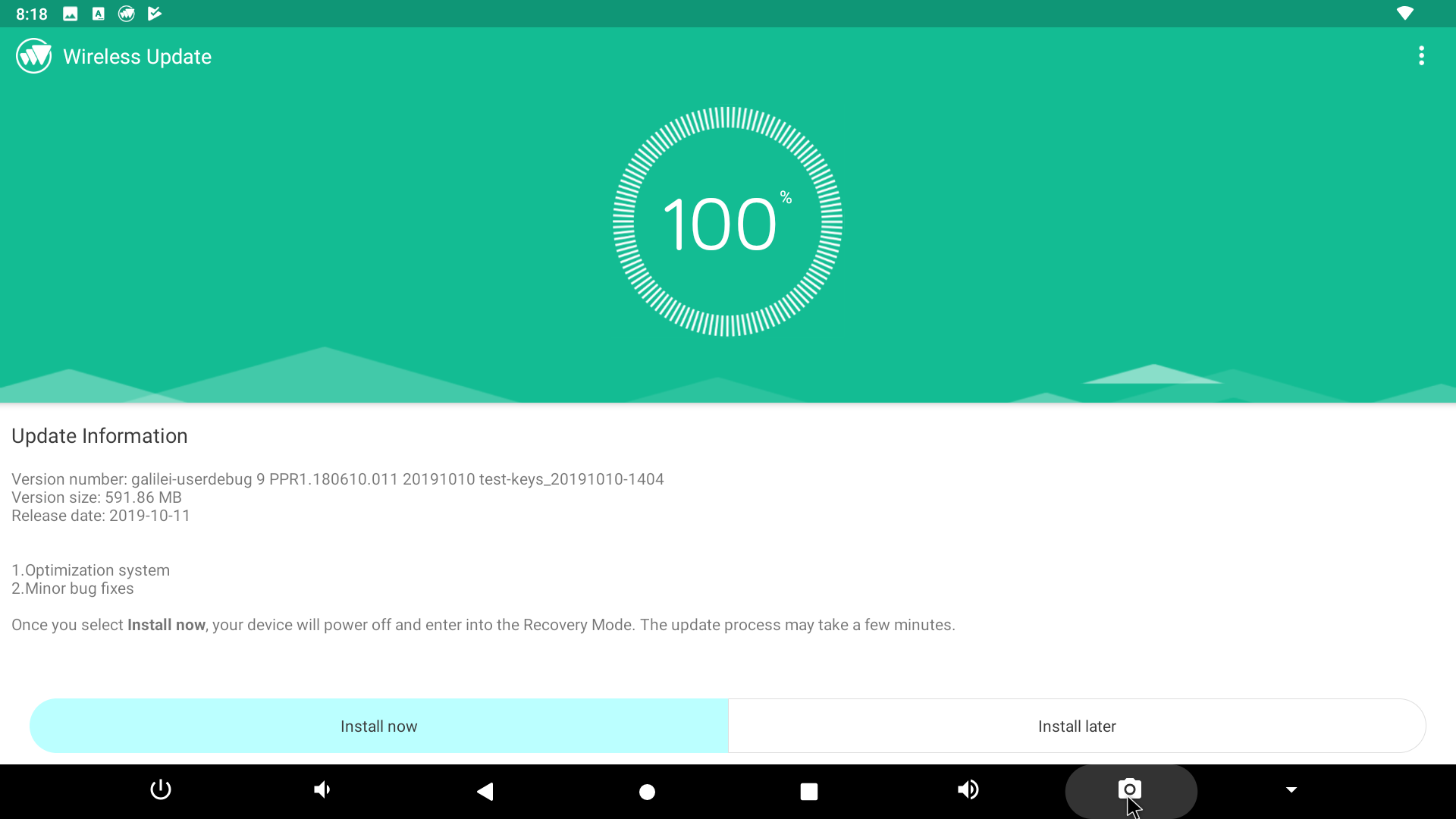 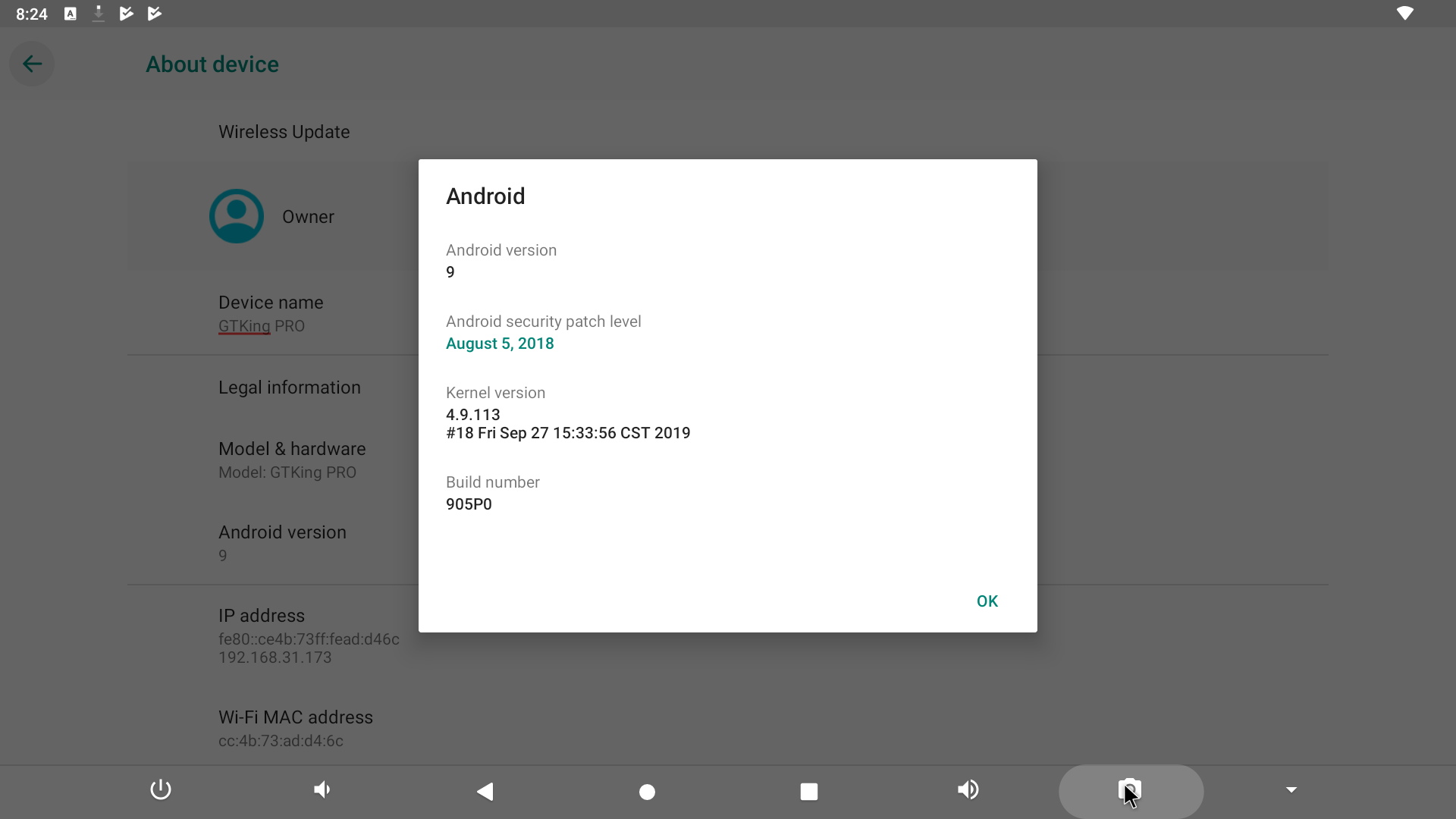 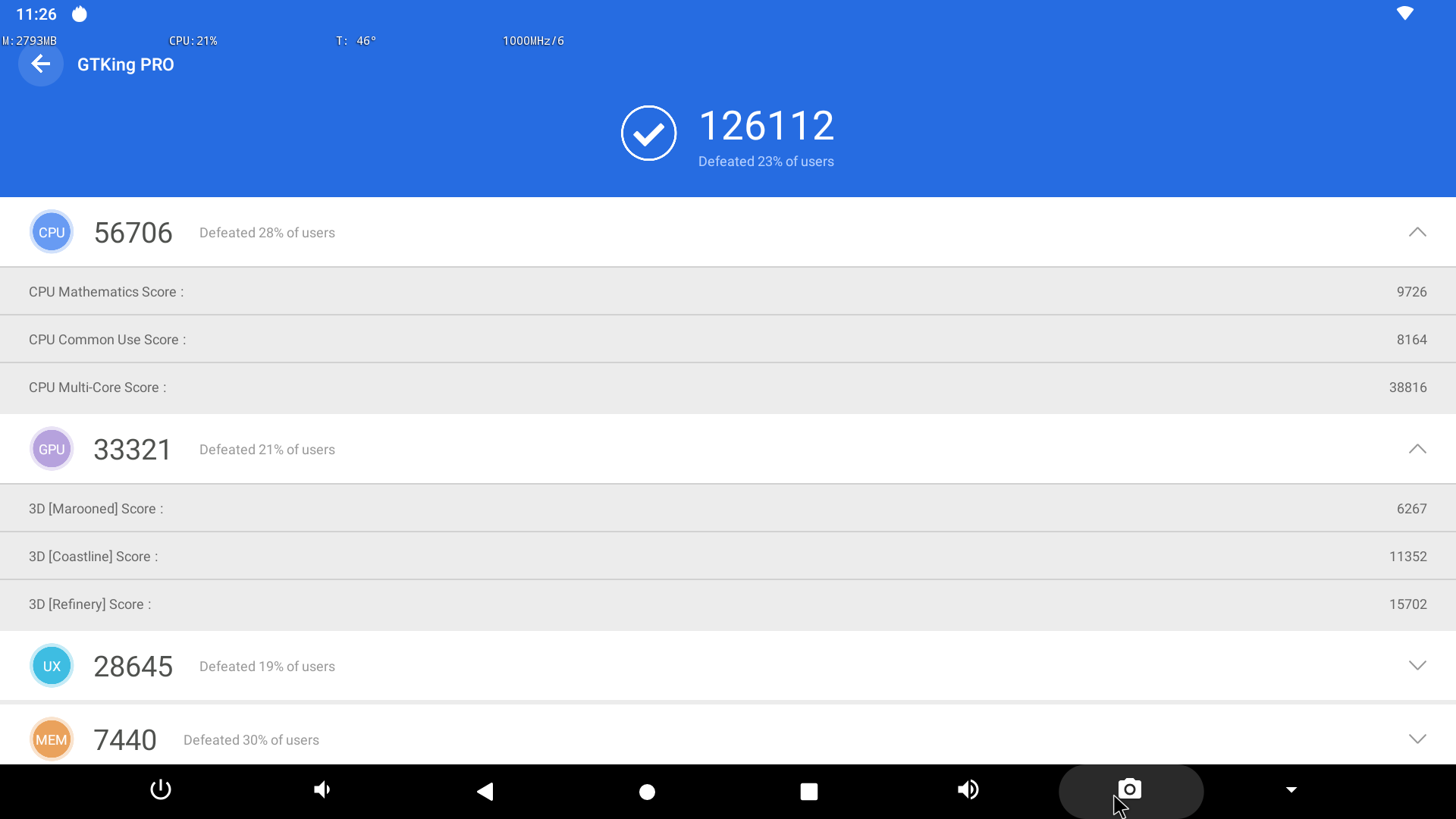 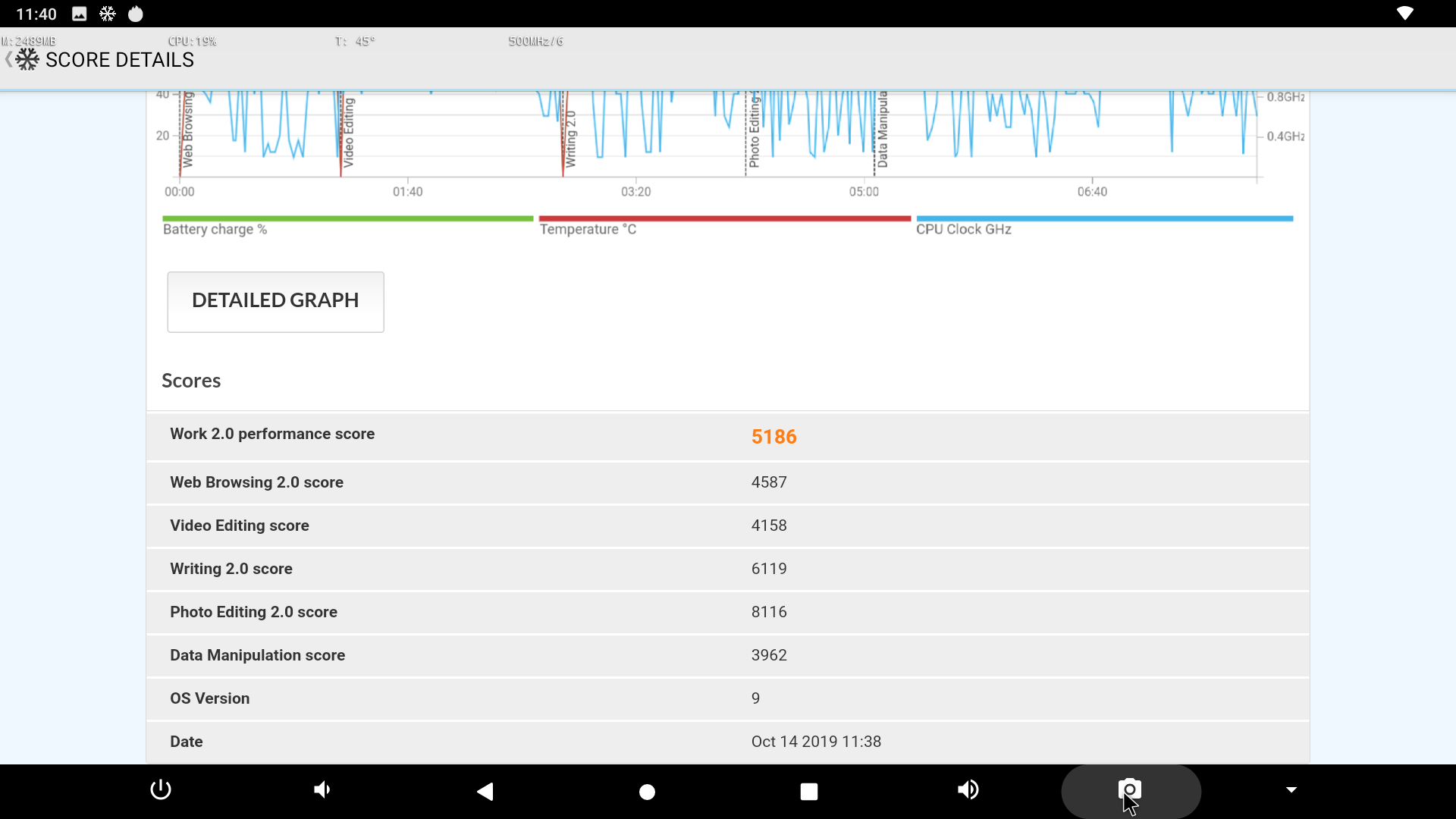 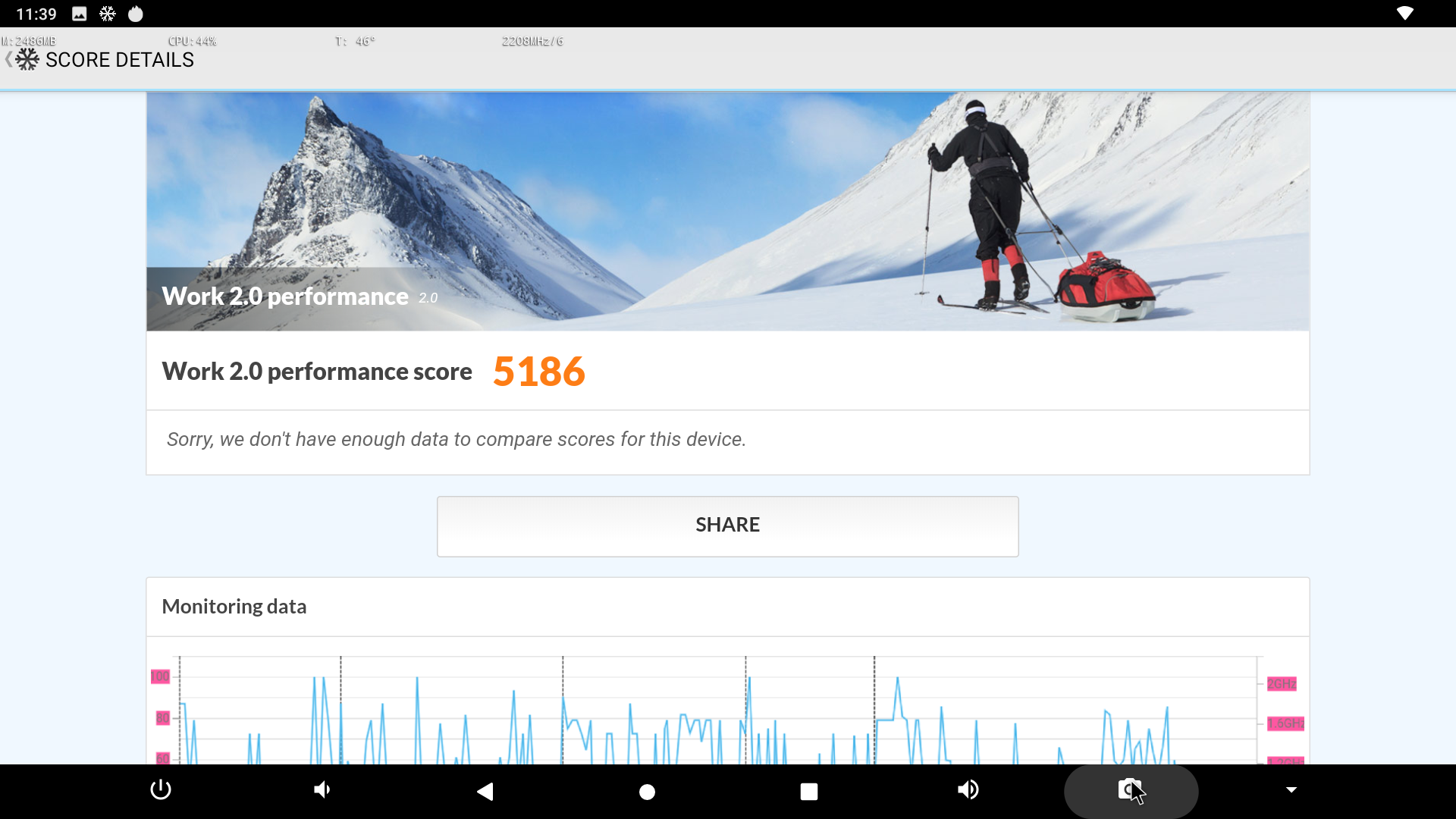 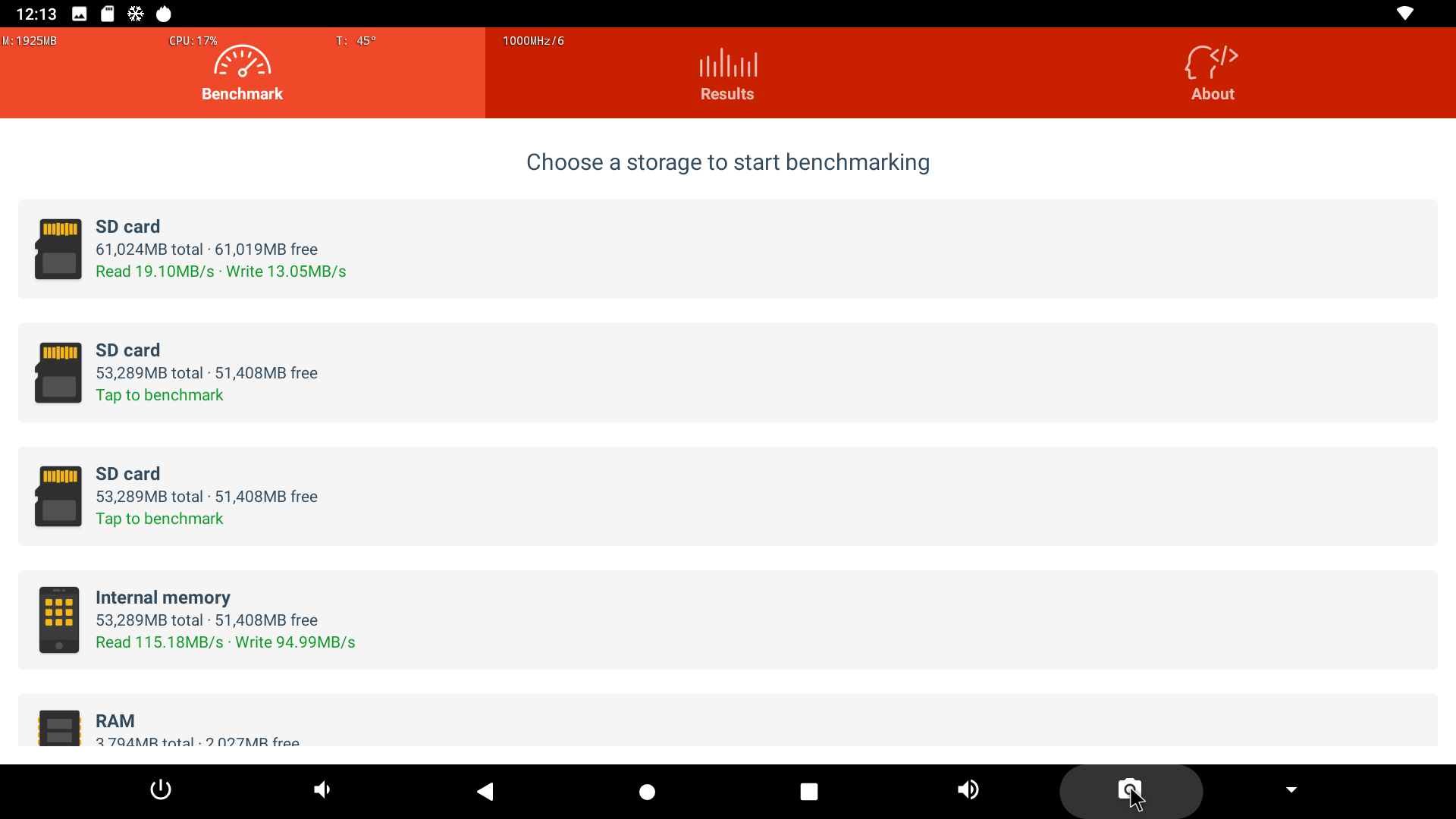 The Beelink GT-King has the S922X-H SoC and an Advanced Video Engine Gen10 VPU compatible with most modern video formats like h.265 and VP9. We could use various players as MXPlayer or even install the latest KODI from Google Play with no any problem. Settings and HDMI-CEC: NO picture quality options / RGB and SDR modes available / HDMI-CEC working Automatic refresh rate difference: Not available, the options exist however it does not work. Media sharing: Chromecast NO / Miracast With no / DLNA with BlubblePnP / Airplay With no. LibreELEC: This model is NOT compatible with LibreELEC.

We passed the basic tests on streaming services to see how the most popular services work. GT King Pro does not have certificates for individuals services. So you won’t be able to stream HD videos in Netflix and Amazon Prime Video, the highest resolution you can choose is 540P. The Beelink TV Box model presents the classic configuration without certifications that limit us in quality in a couple of streaming services, all the compatible services operate without problems. DRM: Google Widevine L1 / HDCP 2.2.

Audio performance is a major selling point of the GT-king Pro, so you can also find “DTS Listen” & “Dolby Audio” licenses on the top side. The dual ESS ES9018 HiFi DAC inside the box brings DNR up to 135dB, –120dB THD+N, and also gives the GT-king Pro TV box support of headphones and speakers with high impedance (up to 600Ω). I used in my Sennheiser HD 435 headphones and listened to a lot of FLAC format music and I can assure you, the sound coming from the GT-King Pro was much better than the sound from its predecessor. [gallery columns="2" link="file" size="medium" ids="40331,40332"] The S922X-H processor has DTS Listen and Dolby Audio licenses, and the box is compatible with 7.1 audio systems. I tested trough my Sony STR-DH790 and the sounds was near perfect. I'm really impressed! If your system is Dolby certified, you will be able to enjoy even more discrete surround sound from DTS-encoded movies. Gaming performance All new games including Call of Duty and PubG running well on medium settings.

So is it worth this Beelink GT King Pro over it's predecessor?

The Huawei Enjoy 7 Plus joins the company's budget lineup and it stands a cut above its siblings with its 5.5" display (the previous Enjoys all had 5" displays). The design is largely identical to the Enjoy 6, but the hardware has some marked differences. Obviously, the screen is bigger, though it keeps the low-ish 720p resolution. Endurance should be a highlight of this phone as it boasts a 4,000mAh battery (100mAh less than the Enjoy 6 battery, but still a good size). The chipset is replaced with a Snapdragon 435, which promises a good balance between performance and power efficiency....

As you may know already, Motorola is working hard on updating the G5 line, despite the fact that its two members were only unveiled this February. Still, things move fast in the mobile world, and the Lenovo-owned company wants to bring dual rear cameras to the G series as soon as possible. Hence, the Moto G5S and G5S Plus were born - and both should become official pretty soon, judging by the number of leaks we've seen about them recently. Today a new image has leaked showing the bigger model in the upcoming duo, the G5S Plus. What you see below definitely looks like a promo shot that will...

Xiaomi teaser hints at a fresh cameraphone launching tomorrow, could possibly be the Mi MIX 3 Lite?

Xiaomi scored massive in the just concluded 11-11 Singles Income, recording a total of 5.75 billion Yuan in sales. Just a several hours after that announcement, the manufacturer has released a new sheet for a smartphone launching tomorrow. The banner displays a train and has some text what when translated is made up of the words “Youth” and “Tomorrow”. It doesn’t say Plenty but comments on the Weibo post hint at a fresh telephone targeted at the younger generation. Some say it is a fresh variant (color/RAM + storage) of the Mi 8 Lite while others think it may be a Lite variant of the Mi MIX 3, probably a Sd 710-powered version that can get on the Lenovo Z5 Pro. The Mi 8 Lite was well received and according to Xiaomi, it was one of the suitable selling telephones on Tmall during the 11-11 profits promotion and was awarded the best-selling telephone in the ?1000 to ?2000 category.