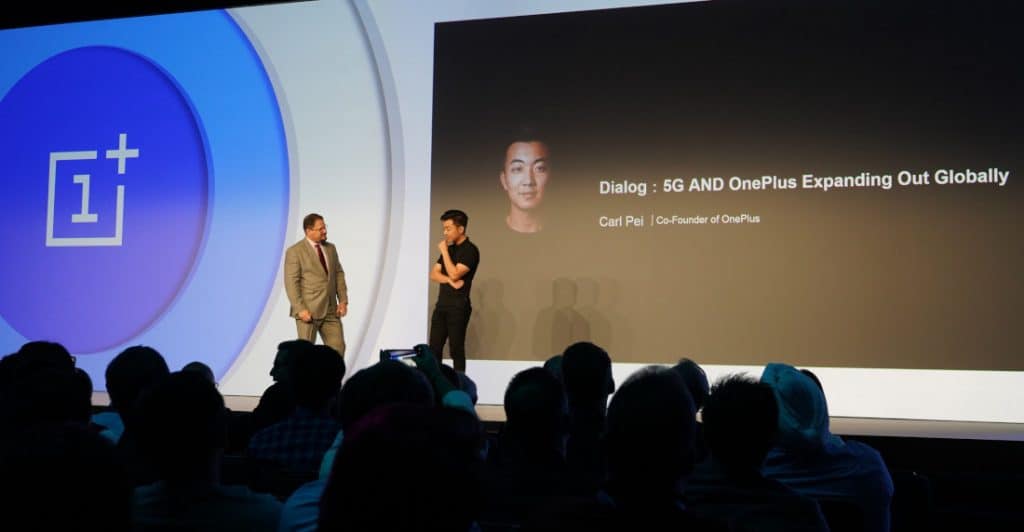 Qualcomm president Cristiano Amon recently uncovered that there will be 2 5G flagship phones launching next year. Then, OnePlus co-founder Carl Pei joined him on stage at 4G/5G Summit 2018 in Hong Kong to make an announcement related to its 5G product.

Carl Pei announced that OnePlus will be among the first companies to release a 5G smartphone up coming year, if not the initial company to do so. He Furthermore unveiled that OnePlus and his team had already conducted a 5G test at Qualcomm’s headquarters in San Diego back in August.

The cameraphone that Carl Pei is talking about could be the successor of the OnePlus 6T that will heading launch in mid-2019. It can be powered by Qualcomm‘s Sd X50 5G modem and the latest QTM052 mmWave antenna module that was introduced at the occasion.

This new smaller version of QTM052 mmWave antenna module will be crucial for enabling 5G connectivity on conventional smartphone form factors. Comparing this new version with the one that was released back in July, this one is apparently 25 percent much more compact.

Qualcomm Furthermore reported that with the help of Ericsson, it made a successful over-the-air call in a phone form factor test gadget — powered by a Sd X50 — over sub-6 GHz bands using 3GPP Rel-15 spec compliant 5G NR.

Meanwhile, OnePlus is all set to launch its newest flagship phone later this month — OnePlus 6T. The smartphone is coming to feature a 6.4-inch notched display and will be powered by Snapdragon 845 chipset together with 6GB/8GB of RAM. The device is confirmed to feature an in-display fingerprint camera sensor. The manufacturer has also confirmed that it has ditched the 3.5mm headphone jack.