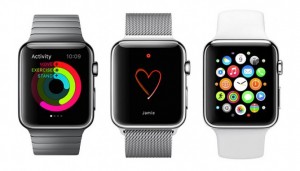 Apple is planning to hold an event in March of this upcoming year to announce the second-generation Apple Watch as well as a heavily-rumored 4 inch iPhone 6C.

The mobile industry, lately, has been seeing screens built larger and larger. Handsets that are more than 5 inches are being considered the norm. When Apple went with a larger 4.7 inch screen on the iPhone 6, most people were ecstatic, but others were disappointed.

A 4 inch screen is much easier to navigate with only one hand without having to do finger gymnastics. If Apple can manage to successfully launch a 4 inch iPhone in 2016, we hope to see the trend of smartphone screen sizes start to fall back a little bit.

Much isn’t known about the new Apple Watch. Some rumors have pointed to the a Facetime camera. Others have mentioned the possibility of Wi-Fi, additional health sensors, and sleep tracking.

We hope to see more rumors surface about the Apple Watch in light of the supposed event in March.