As is the typical tradition, AnTuTu has unveiled a list of its top ten Android phones based on functionality for the month – this time for January 2019. The list has few fresh entries but the top 3 products are unchanged from last month’s.

The Nubia Red Magic Mars is at the top once again with a total of 320,996 points and it leads the Huawei Mate 20 which ships in at second place by a fair margin. The Honor V20 with its Kirin 980 chipset closes the top 3 with 306,567 points. 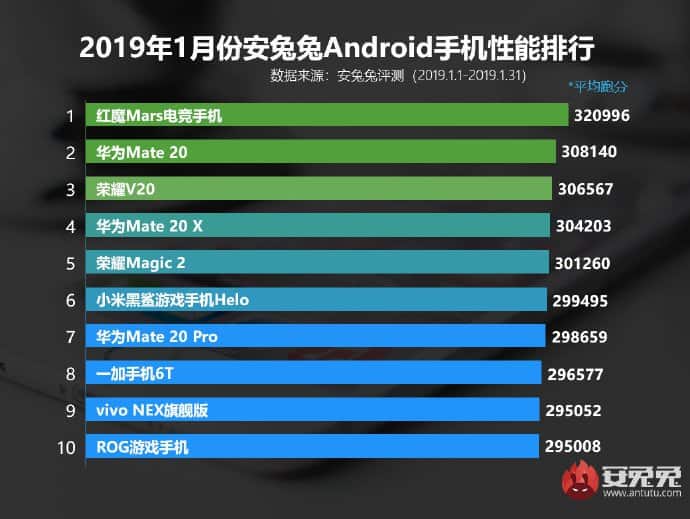 Huawei again takes the fourth spot with the Mate 20 X and its sub-brand is fifth with the Honor Magic 2. Another gaming phone makes the list and it is the Black Shark Helo. The Mate 20 Pro follows at number seven, down two spots from December’s list. The OnePlus 6T keeps its position from the last time.

The 2 new entries on the top 10 list are at number 9 and 10 and they are the Vivo NEX Dual Screen and the ASUS ROG Smartphone. Both phones are fueled by the Sd 845 mobile platform.