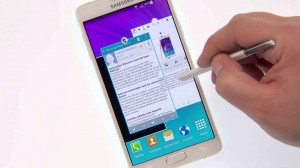 Google officially announced Android M, the next major version of the world-dominating mobile OS, at Google I/O yesterday. While not being as big an update as Android 5.0 Lollipop, Android M will bring a lot of new features, such as native support for fingerprint sensors, Android Pay, better volume control, a new battery saving feature called Doze, and an iOS-like permissions management system for apps. But what Google didn’t announce was that Android M might also bring support for a Multi Window-like feature, something that has been discovered in the preview build the internet giant released for Nexus devices.Samsung introduced Multi Window to Android with the Galaxy Note II back in 2012, and many have clamored for the feature on stock Android ever since. Google was rumored to be working on an implementation of its own but there was never any proof until now. A Reddit user managed to enable a multi-window feature on Android M through a series of rather complicated steps (though those who flash custom ROMs shouldn’t find it too hard to follow the procedure) – it’s rather buggy and experimental for the moment, but it’s certainly a nice indication that multi-window support could make its way to vanilla Android later this year. 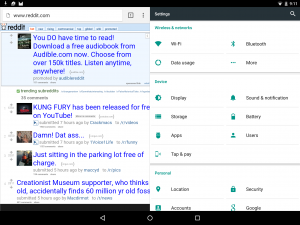 A lot of Samsung features have made their way into Android’s core over the years (like the notification toggles, KNOX, or the smart select-like copy feature that will be part of Android M), but this might just be the most useful functionality that Google is taking from the Korean manufacturer. It remains to be seen if Google’s implementation will be ready by the time Android M rolls out, but it’s looking more and more likely that it will be part of the OS at some point in the future.

Moreover, this also shows how stock Android is becoming better and better each year, and how manufacturers might not need to add too much bloat and could instead work on differentiating their software mostly through the user interface in the years to come.

If you have a Nexus device and are trying out the Android M developer preview, head to the source link to see how the multi-window feature can be enabled. Or you could simply use a fully stable and intuitive Multi Window mode if you have any of Samsung’s recent mid-range and high-end devices.