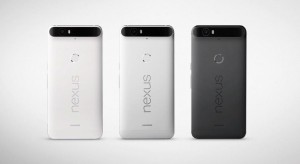 Unlike its smaller brother Nexus 5X, there are only two images available for the Nexus 6P: MDA89D and MDB08K. Also, unfortunately, there is no other information available, like whether or not any of these images is for Project-Fi.

For those who aren’t aware, factory images are targeted at Android developers and enthusiasts who want to perform a clean install of the firmware. You can download Nexus 6P Marshmallow factory images by heading to the Source link below.